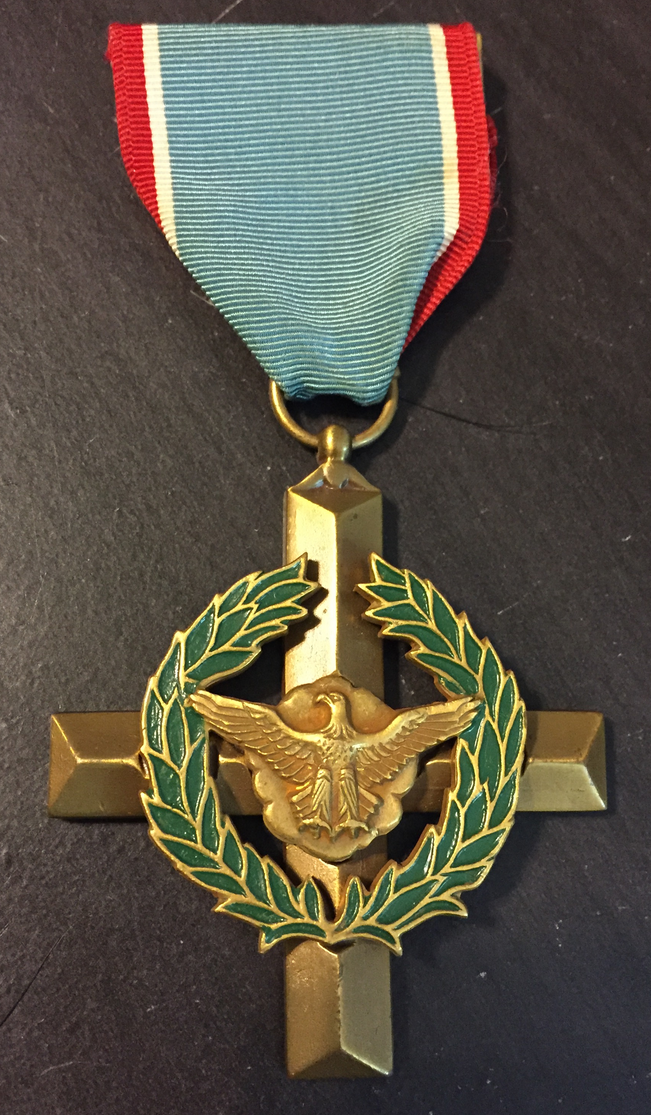 Richardson enlisted in the United States Air Force, 12 November 1964. He was trained as a helicopter mechanic, and was assigned as crew chief of a Bell UH-1F Iroquois (“Huey”) at Minot Air Force Base in North Dakota. During 1966, he served in Thailand with the 606th Air Commando Squadron. He was next assigned as flight engineer on the Sikorsky HH-3E Jolly Green Giant with the 37th Aerospace Rescue and Recovery Squadron at Da Nang Air Base, Republic of Vietnam.

Richardson returned to the United States and on 11 October 1968, left active duty.

On 30 January 1970, Richardson married Miss Deidre A. O’Brien at the Sacred Heart Church, Staten Island, New York. They would have five children.

Dennis Richardson joined the New York Air National Guard in 1975, serving as a helicopter flight engineer with the 106th Rescue Wing. He retired in 2005.

In addition to the Air Force Cross, during his service in the Vietnam War, Sergeant Richardson was twice awarded the Distinguished Flying Cross and the Purple Heart.

The SH-3A Sea King (Sikorsky S-61) first flew 11 March 1959, designed as an anti-submarine helicopter for the U.S. Navy. The prototype was designated XHSS-2 Sea King. In 1962, the HSS-2 was redesignated SH-3A Sea King. Many early production aircraft were upgraded through SH-3D, SH-3G, etc. In addition to the original ASW role, the Sea Kings have been widely used for Combat Search and Rescue operations. Marine One, the call sign for the helicopters assigned to the President of the United States, are VH-3D Sea Kings.

The Sikorsky HH-3E (Sikorsky S-61R) is a development of the SH-3A. It earned the nickname Jolly Green Giant during the Vietnam War. It is a dedicated Combat Search and Rescue (CSAR) helicopter flown by the U.S. Air Force, based on the CH-3C transport helicopter. The aircraft is flown by two pilots and the crew includes a flight mechanic and gunner. It is a large twin-engine helicopter with a single main rotor/tail rotor configuration. It has retractable tricycle landing gear and a rear cargo ramp. The rear landing gear retracts into a stub wing on the aft fuselage. The helicopter has an extendable inflight refueling boom. 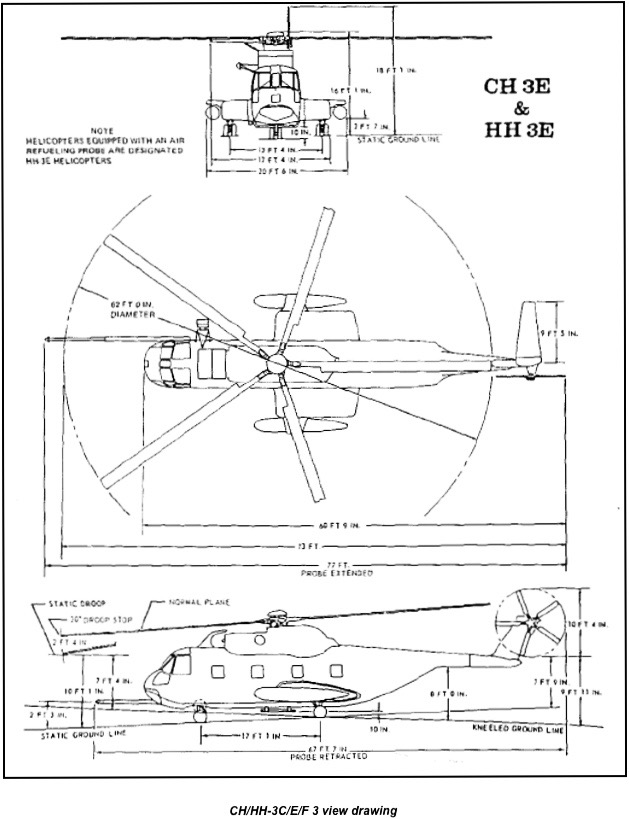