26 September 2008: Yves Rossy flew across the English Channel, 22 miles (35 kilometers) in 13 minutes, using his jet-powered wing. At 8,000 feet (2,440 meters) over Calais he jumped from an airplane and aimed for the cliffs of Dover. His only means of steering was by moving his head. After flying at speeds of 120 miles per hour (193 kilometers per hour), he parachuted to the ground at Dover.

The R-90 is a Rozière balloon, which has separate chambers for helium and heated air. This allows the aeronaut to control the balloon’s buoyancy, but the hybrid type uses much less fuel than a hot-air balloon. The type is named after its inventor, Jean-François Pilâtre de Rozier. The Fédération Aéronautique Internationale places the Cameron R-90 in the free balloon sub-class AM-08, for mixed balloons with a volume of 2,200–3,000 cubic meters (77,692–105,944 cubic feet).

Hempleman Adams had previously flown G-BYZX, then named Britannic Challenge, to the North Pole, on 3 June 2000. Following his transatlantic flight, he would use it to set a FAI World Record for Altitude of 12,557 meters (41,198 feet), 23 March 2004.

The weather was very cold, with rain and snow. Hempleman-Adams said that the average temperature during the flight was -12 °C. (10.4 °F.). Ice built up on the balloon’s envelope, increasing its weight. It became heavy enough that the balloon began to descend. Hempleman-Adams was unable to prevent the descent by using the propane burners to heat the air and increase buoyancy, and was forced to lighten the balloon by jettisoning six propane cylinders.

During the third day, the balloon was hit by the shock waves of a Concorde supersonic airliner as it passed overhead at 30,000 feet (9,144 meters). Hempleman-Adams felt a very abrupt, but fortunately, brief, descent as a result.

G-BYZX reached the southwestern tip of Ireland at 8:30 a.m., BST, on 29 September, completing the transatlantic phase of his flight. The balloon continued to drift eastward, and at 6 p.m. on 30 September, came to rest near Hambleton, Lancashire, England. The total duration of the flight was 83 hours, 14 minutes, 35 seconds.

Sir David Kim Hempleman-Adams, K.C.V.O., O.B.E., K.St.J., D.L., is an interesting guy. He is the first person to have completed the True Adventurer’s Grand Slam, by reaching the North and South Poles, the North and South Magnetic Poles, and to have climbed the highest mountains on each of the seven continents. The Fédération Aéronautique Internationale online database currently credits him with 49 world aviation records.

26 September 1958: Lieutenant Colonel Victor Leonard Sandacz, with Kenneth G. Wolf, flew a Boeing B-52D Stratofortress from the 28th Bombardment Wing, Heavy, twice around a triangular circuit from Ellsworth Air Force Base, Rapid City, South Dakota, to Douglas, Arizona, Newberg, Oregon, and back to Rapid City. He established a Fédération Aéronautique Internationale (FAI) World Record for Speed Over a Closed Circuit of 10,000 Kilometers Without Payload with an average speed of 902.369 kilometers per hour (560.706 miles per hour).¹ Sandacz’s B-52 made two circuits in 11 hours, 9 minutes.

A second B-52D, flown by Captain Cholett Griswold and E.V. Godfrey, made a single circuit, setting an FAI World Record for Speed Over a Closed Circuit of 5,000 Kilometers Without Payload, averaging 961.867 kilometers per hour (597.676 miles per hour).² Griswold’s B-52 competed the course in 5 hours, 11 minutes, 49 seconds.

Observers from the National Aeronautic Association were aboard each bomber. 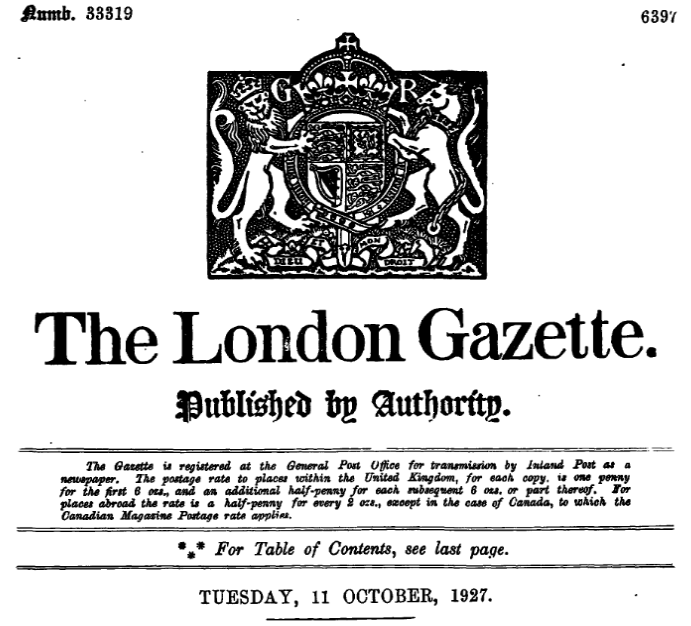 At  the Aero Club of America Meet on 26 September 1911, at the Nassau Boulevard Aerodrome on Long Island, New York, Lieutenant Thomas DeWitt Milling set a world endurance record of 1 hour, 54 minutes, 42.6 seconds with two passengers, for which he was awarded the Rodman Wanamaker Endurance Trophy.

The trophy is on display at the National Museum of the United States Air Force.