This was the performers’ first visit to the United States. During their three week tour, they were twice guests on “The Ed Sullivan Show”, with each live television appearance being watched by more than 70,000,000 persons. They performed concerts at the Washington Coliseum, Washington, D.C., and at Carnegie Hall, New York City. The Beatles returned to the United Kingdom, 22 February 1964.

The Boeing 707 was developed from the earlier Model 367–80 prototype, the “Dash Eighty.” It is a four-engine jet transport with swept wings and tail surfaces. The leading edge of the wings are swept at a 35° angle.

Jet Clipper Defiance was originally registered to Trans World Airways as N771TW, but never delivered. (It carried a Trans World Airlines model number, 707-331, rather than a Pan American code, 707-321.) It was then sold to Pan Am, delivered 23 March 1960 and registered N704PA. Late in its career, it was leased to several smaller airlines.

Pan Am sold N704PA to Air Vietnam (Hàng không Việt Nam) 21 December 1973. It was registered XV-NJD. After the Fall of Sài Gòn, 30 April 1975, Pan American reacquired the airliner, and then resold it to Aerotron Aircraft Radio, Inc., Long Beach, California. It was re-registered N9230Z. This registration was cancelled 8 January 1976. Jet Clipper Defiance was scrapped at Long Beach inJune 1977.

7 February 1920: Joseph Sadi-Lacointe was the first pilot to set a new Fédération Aéronautique Internationale (FAI) World Speed Record after the end of World War I. At Villacoublay, France, Sadi-Lecointe flew an Avion Nieuport—Type Gordon Bennett 1920 ¹ over a 1 kilometer (0.621 mile) course at an average speed of 275.86 kilometers per hour (171.41 miles per hour).² 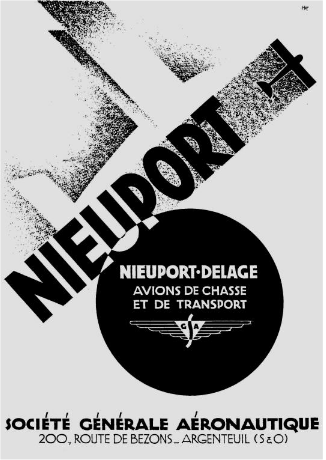 Sadi-Lecointe’s Ni-D 29V was one of three racing variants of the highly successful single-engine, single-seat Ni-D 29 C.1 biplane fighter, which was the fastest in the world at the time.

The airplanes were altered over time, with variations in wing span. For example, for one speed record attempt, the engine output was increased to 330 horsepower; the two Lamblin radiators were removed to reduce aerodynamic drag; and fuel capacity was restricted to just 40 kilograms (88 pounds). The resulting speed was 302.313 km/h (187.849 miles per hour).³

Engine cooling was provided by Lamblin cylindrical radiators mounted under the lower wing.

Joseph Sadi-Lecointe learned to fly in 1910. The Aero Club de France awarded him its license number 431 on 10 February 1910.

He joined the Service Aéronautique (the original form of the French Air Force) as a mechanic in October 1912, and was designated pilote militaire nº375, 20 September 1913. He served as a pilot during World War I, flying the Blériot XI-2, Morane LA and Nieuprt X, then in December 1915 became a flight instructor at l’Ecole de Pilotage d’Avord. Sadi-Lacointe was promoted from the enlisted ranks to sous-lieutenant, 17 September 1917, and was assigned as a test pilot at Blériot–Société Pour L’Aviation et ses Dérivés, where he worked on the development of the famous SPAD S.XIII C.1 fighter.

After the War, he was a test pilot for Nieuport-Delâge, and participated in numerous races and set a series of speed and altitude records with the company’s airplanes.

Sadi-Lecointe returned to military service in 1925 and participated in the Second Moroccan War. Then in 1927, he returned to his position as chief test pilot for Nieuport-Delâge. From 1936 to 1940, he served as Inspecteur général de l’aviation civile (Inspector General of Aviation) for the French Air Ministry. With the outbreak of World War II in 1939, Lieutenant Colonel Sadi-Lecointe was again recalled to military service as Inspector of Flying Schools.

With the Fall of France, Sadi-Lacointe joined La Résistance française, and operated with the group, Rafale Andromède. He was captured and tortured by the Gestapo at Paris, and died as a result, 15 July 1944.