24 February 1989: At 01:52:49 HST, United Airlines Flight 811 was cleared for takeoff from Honolulu International Airport (HNL), enroute to Auckland International Airport (AKL) and onward to Sydney, Australia (SYD). On board were 337 passengers and 18 crew members. The airliner was under the command of Captain David Cronin, with First Officer Gregory Slader and Second Officer Randal Thomas. The airliner was a Boeing 747-122, serial number 19875, registered N4713U.

16 minutes after takeoff, about 60 miles (97 kilometers) south of Honolulu, the 747 was climbing through an altitude of 22,000 feet (6,705 meters) at 300 knots (345 miles per hour/556 kilometers per hour) when, at 02:09:09 HST, the cargo door on the lower right side of the fuselage, just forward of the wing, failed, blowing outward. Explosive decompression blew a huge hole in the fuselage. Ten passenger seats were carried away along with nine passengers. A flight attendant was nearly lost, but was dragged back inside by passengers and crew.

Debris damaged the two engines on the right wing, causing them to lose power. Flames were visible. Both engines had to be shut down. Flight 811 declared an emergency, began descending and dumping fuel to reduce the airliner’s weight for an emergency landing. The 747 turned back toward Honolulu.

Because the wing had also been damaged, the flaps could not be fully extended and this required a much higher than normal approach speed. The 747 touched down at approximately 200 knots (230 miles per hour/370 kilometers per hour). After coming to a stop, Flight 811 was completely evacuated within 45 seconds. Every flight attendant suffered some injury.

The cause of the cargo door failure was determined to be a faulty design, combined with a short in the 747’s electrical system. The door was recovered by a U.S. Navy deep sea submersible from a depth of 14,100 feet (4,298 meters).

For conspicuous gallantry and intrepidity in action at the risk of his life above and beyond the call of duty. Sgt. Levitow (then A1c.), U.S. Air Force, distinguished himself by exceptional heroism while assigned as a loadmaster aboard an AC-47 aircraft flying a night mission in support of Long Binh Army post. Sgt. Levitow’s aircraft was struck by a hostile mortar round. The resulting explosion ripped a hole 2 feet in diameter through the wing and fragments made over 3,500 holes in the fuselage. All occupants of the cargo compartment were wounded and helplessly slammed against the floor and fuselage. The explosion tore an activated flare from the grasp of a crewmember who had been launching flares to provide illumination for Army ground troops engaged in combat. Sgt. Levitow, though stunned by the concussion of the blast and suffering from over 40 fragment wounds in the back and legs, staggered to his feet and turned to assist the man nearest to him who had been knocked down and was bleeding heavily. As he was moving his wounded comrade forward and away from the opened cargo compartment door, he saw the smoking flare ahead of him in the aisle. Realizing the danger involved and completely disregarding his own wounds, Sgt. Levitow started toward the burning flare. The aircraft was partially out of control and the flare was rolling wildly from side to side. Sgt. Levitow struggled forward despite the loss of blood from his many wounds and the partial loss of feeling in his right leg. Unable to grasp the rolling flare with his hands, he threw himself bodily upon the burning flare. Hugging the deadly device to his body, he dragged himself back to the rear of the aircraft and hurled the flare through the open cargo door. At that instant the flare separated and ignited in the air, but clear of the aircraft. Sgt. Levitow, by his selfless and heroic actions, saved the aircraft and its entire crew from certain death and destruction. Sgt. Levitow’s gallantry, his profound concern for his fellowmen, at the risk of his life above and beyond the call of duty are in keeping with the highest traditions of the U.S. Air Force and reflect great credit upon himself and the Armed Forces of his country.

John Lee Levitow was born 1 November 1945 at Hartford, Connecticut. He was the the first of two children of Lee Tobias Levitow and Marion V. Winialski Levitow.

Levitow attended Glastonbury High School, in Hartford, graduating in 1965. He then studied at the Porter School of Engineering and Design, Hartford.

John Lee Levitow enlisted in the United States Air Force on 6 June 1966. He went through basic military training at Lackland Air Force Base, Texas. He was initially trained as a power line specialist, but cross-trained as an aircraft loadmaster. Airman Levitow was then assigned to the 3d Special Operations Squadron.

President Nixon presented the Medal of Honor to Sergeant Levitow in a ceremony at The White house, 14 May 1970.

John Lee Levitow died of cancer at his home in Rocky Hill, Connecticut, 8 November 2000. He was buried with full honors at the Arlington National Cemetery. 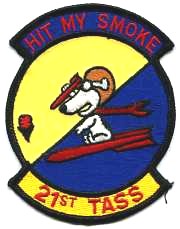 Scandinavian Airlines System (SAS) had invited hundreds of media representatives and more than a thousand others to attend the send off from Københavns Lufthavn, Kastrup. To ensure that there were no problems to delay the departure, a second fully-fueled and serviced DC-7C was standing by.

There were 47 passengers aboard the Guttorm Viking, including Prince Axel of Denmark, and Thor Heyerdahl (Kon-Tiki). Reidar Viking carried 45, with the Prince and Princess Mikasa of Japan.

The DC-7C Seven Seas was the last piston-engine airliner built by Douglas Aircraft Company, intended for non-stop transcontinental and transatlantic flights. The DC-7 combined the fuselage of a DC-6 with the wings of a DC-4. The DC-7C version had 5 feet (1.524 meters) added to the wing roots for increased fuel capacity. By moving the engines further away from the fuselage, aerodynamic drag was reduced and the passenger cabin was quieter. The DC-7 had an extra 40-inch (1.016 meters) “plug” added to the fuselage just behind the wing. The DC-7C added another 40-inch plug ahead of the wing. The engine nacelles were also lengthened to provide room for additional fuel tanks.

The DC-7C was operated by two pilots, a navigator and a flight engineer. It had a maximum capacity of 105 passengers, requiring 4 flight attendants.

Douglas built 122 DC-7C airliners from 1956 to 1958. Scandinavian Airlines System bought 14 of them. The arrival of the Boeing 707 and Douglas DC-8 turbojet-powered airliners soon made these piston-driven propeller airliners obsolete. Many were converted to freighters, but most were scrapped after only a few years service. Guttorn Viking and Reidar Viking were both scrapped in 1968.