On 19 April, Discovery was placed on display at the Steven F. Udvar-Hazy Center of the Smithsonian Institution National Air and Space Museum.

With their spacecraft crippled by an internal explosion on 13 April, the planned lunar landing mission had to be aborted. Astronauts James A. Lovell, Jr., John L. Swigert, Fred W. Haise, Jr., worked continuously with engineers at Mission Control, Houston, Texas, to overcome a series of crises that threatened their lives.

17 April 1970: Because of the unusual configuration of the Apollo 13 Command Module, Service Module and Lunar Module “stack” during the coast from the Moon back to Earth, an additional, unplanned, Mid-Course Correction burn, MCC-7, had to be carried out. The damage to the Service Module prevented the use of its 21,900 pounds thrust (97.42 kilonewtons) Aerojet General Service Propulsion System engine. It was necessary to use the LM’s Bell Aerosystems Ascent Propulsion System engine. The APS engine produced 3,500 pounds of thrust (15.57 kilonewtons). The maneuver had to be carried out manually by the astronauts from the LM’s cockpit.

Mission Commander Lovell visually aligned the spacecraft with the LM’s Reaction Control System thrusters, by sighting the Earth in his window of the LM. Once aligned, LM pilot Fred Haise conducted the burn, which was timed by CM pilot Jack Swigert.

MCC-7 was performed at EI-5 hours (137:39 GET). The same manual piloting technique used for MCC-5 was used for control during MCC-7. This was manual crew pitch and roll control with the TTCA and automatic yaw control by the AGS. MCC-7 was performed with LM RCS using the +X translation push button. It steepened the flight path angle at EI to -6.49 degrees. After MCC-7, the crew maneuvered the spacecraft to the SM separation attitude. The CM re-entry RCS system was activated and a firing test of the thrusters was successful.

The Omega Speedmaster Professional Chronograph is a manual-winding analog wrist watch produced by Omega, a luxury brand of Société Suisse pour l’Industrie Horlogère, (SSIH) and now a part of the SWATCH Group. The case is made of stainless steel and has a diameter of 48 millimeters (1.89 inches). The Speedmaster Professional, which is also known as the “Moon Watch,” or “Speedy” to watch collectors, features a stop watch function and three sub dials for recording hours, minutes and seconds. The chronograph has a black dial with tritium-painted hands and hour marks. The bezel has a tachymeter for calculating speed based on time. When fully wound, the Speedmaster can run for up to 48 hours. The chronograph is water resistant to a depth of 50 meters (164 feet).

The Speedmaster’s crystal is not glass, but “hesalite,” a clear, scratch-resistant plastic. There had been concern that if a crystal broke during a space flight, glass fragments could be scattered throughout the weightless environment of the spacecraft, presenting a danger to the astronauts.

NASA provided Omega Speedmaster Professional Chronographs to Gemini and Apollo Program astronauts. Each watch was engraved with NASA’s two-digit serial number, and could be equipped with an adjustable length Velcro strap which allowed the watch to be worn on the outside of the space suit. NASA also assigned an equipment part number. 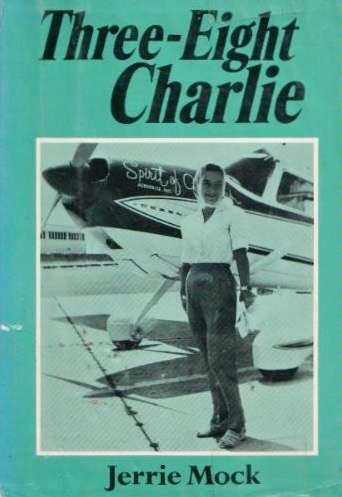 17 April 1956: Lockheed Aircraft Corporation rolled out the very first production F-104A Starfighter, 55-2956, at Air Force Plant 42, Palmdale, California. This airplane, one of the original seventeen pre-production YF-104As, incorporated many improvements over the XF-104 prototype, the most visible being a longer fuselage.

Once the configuration was finalized, 55-2956 was the first YF-104A converted to the F-104A production standard. In this photograph, the F-104’s secret engine intakes are covered by false fairings.

Armament was one General Electric M61 Vulcan six-barreled revolving cannon with 725 rounds of 20 mm ammunition. An AIM-9B Sidewinder heat-seeking air-to-air missile could be carried on each wing tip, or a jettisonable fuel tank with a capacity of 141.5 gallons (535.6 liters).

Lockheed built 153 of the F-104A Starfighter initial production version. A total of 2,578 F-104s of all variants were produced by Lockheed and its licensees, Canadair, Fiat, Fokker, MBB, Messerschmitt,  Mitsubishi and SABCA. By 1969, the F-104A had been retired from service. The last Starfighter, an Aeritalia-built F-104S ASA/M of the  Aeronautica Militare Italiana, was retired in October 2004.

This Starfighter, 55-2956, was converted to a JF-104A with specialized instrumentation. It was transferred to the U.S. Navy to test AIM-9 Sidewinder missiles at Naval Ordnance Test Station (NOTS) China Lake, approximately 55 miles (88 kilometers) north-northeast of Edwards Air Force Base in the high desert of Southern California. 55-2956 was damaged beyond repair when it lost power on takeoff and ran off the runway at Armitage Field, 15 June 1959.