For four days in April 1986, Anatoly Grischenko and Mil Design Bureau Chief Test Pilot Gurgen Karapetyan flew a Mil Mi-26 helicopter dropping loads of sand and wet cement on the wreckage of Reactor Number 4 at the Chernobyl Nuclear Power Plant near Pripyat, Ukraine, which had been destroyed by an explosion. A mixture of sand, lead, clay and boron was dropped directly on the exposed reactor core. Carrying 15 ton loads suspended from an 200 meter (656 feet) cable, they made repeated trips while flying through the radioactive gases released from the plant. (Radiation measurements taken at 200 meters above the reactor exceeded 500 roentgens per hour.)

Grischenko suffered from radiation poisoning and later, leukemia. Four years later, Grischenko, along with his wife Galina, were brought to the Fred Hutchinson Cancer Research Center, in Seattle, Washington, for medical treatment, on 11 April 1990. He underwent chemotherapy and radiation treatments to destroy his own bone marrow. A 42-year-old woman from France had donated her marrow, which was flown directly to Seattle by British Airways.

Grischenko received the marrow transplant during a 7-hour procedure on 27 April—4 years and 1 day after his first flight over Chernobyl— but shortly thereafter, he contracted a lung infection.

On 12 June 1990, exploratory surgery was performed to find the cause of the infection. His condition worsened and he was placed on a respirator, but he died on the evening of 2 July 1990.

On the Fourth of July, Independence Day, the most important holiday in America, national flags in the city of Seattle were lowered to half-mast to honor the memory of the heroic, self-sacrificing test pilot from Zhukovsky.

His remains were returned to Russia and buried at the Bykovskoe Memorial Cemetery, Zhukovsky, Russia.

Following his death, the Flight Safety Foundation honored Grishchenko with the FSF Heroism Award, symbolized by the Graviner Sword.¹

On 27 February 1995, Anatoly Demyanovich Grishchenko was posthumously awarded the Gold Star of Hero of the Russian Federation by President Boris Yeltsin.

Анатолий Демьянович Грищенко (Anatoly Demyanovich Grishchenko) was born in Leningrad, Russian Soviet Federative Socialist Republic, 24 August 1937. His father was there attending the S.M. Kirov Military Medical Academy. On completion of his course of studies, the family returned to the Ukraine, where they were caught up in the Nazi invasion. He grew up in Lutsk, Lyubomi and Kovel, towns in Volyn Oblast, Ukraine.

Anatoly Grishchenko married Galina Melekhina. They would have two sons.

The OKB Mil Design Bureau’s Mi-26 is the world’s largest helicopter. It is a twin-engine, single main rotor/tail rotor helicopter with fixed tricycle landing gear. It is normally operated by two pilots, a navigator, flight engineer and flight technician, and can carry as many as 90 passengers.

The Mi-26 first flew in 1977. Production began in 1980. The helicopter remains in service with both military and civil operators.

2 July 1943: 1st Lieutenant Charles Blakesly Hall, United States Army Air Corps, of the 99th Fighter Squadron (which was briefly attached to the 324th Fighter Group) was the first of the famous “Tuskegee Airmen” to shoot down an enemy airplane during World War II. At the time the 99th was based at El Haouaria Airfield on the coast of Tunisia and was patrolling the island of Sicily. The squadron’s primary mission was ground attack.

On 2 July, the 99th was escorting North American Aviation B-25 Mitchell medium bombers near Castelventrano,  in western Sicily. Enemy fighters intercepted the flight.

It was my eighth mission and the first time I had seen the enemy close enough to shoot him. I saw two Focke-Wulfs following the bombers just after the bombs were dropped. I headed for the space between the fighters and bombers and managed to turn inside the Jerries. I fired a long burst and saw my tracers penetrate the second aircraft. He was turning to the left, but suddenly fell off and headed straight into the ground. I followed him down and saw him crash. He raised a big cloud of dust.

Lieutenant Hall was officially credited with destroying a Focke-Wulf Fw 190,¹ the most effective Luftwaffe fighter of World War II. Not only was Lieutenant Hall’s victory the first for the squadron, but it was also the only enemy airplane to have been shot down by the 99th Fighter Squadron during 1943.

Charles Blakesly Hall was the second child of Franklin Hall, a 30-year-old kiln-burner from Mississippi, and Anna Blakesly Hall, 25 years old, and also from Mississippi. Charles was born 25 August 1920 at his parents home, 742 N. Columbia Street, Brazil, Indiana. He graduated from Brazil High School in 1938 and then attended Eastern Illinois University. He majored in Pre-Med, and was active in sports. Hall worked as a waiter while attending college.

Charles Hall was part of a group of African-American airmen that would be known as the Tuskegee Airmen. They were initially trained at the Tuskegee Institute, Tuskegee, Alabama, an all-black college which had been established in 1881 by Booker T. Washington. Initial flight training was conducted at Moton Field, a few miles away, and the cadets transitioned into operational aircraft at Tuskegee Army Air Field. Additional flight trained took place at Cochran Field, near Montgomery, Alabama.

The 99th Fighter Squadron was the first unit to be assigned overseas. It was sent to North Africa, 2 April 1943, as part the 33rd Fighter Group.

The 99th Fighter Squadron was the first unit to be assigned overseas. It was sent to North Africa, 2 April 1943, as part the 33rd Fighter Group.

Hall was the first African-American to be awarded the Distinguished Flying Cross. Before the war ended, he had flown 198 combat missions and had been promoted to the rank of major.

Major Hall transferred to the Air Force Reserve. He worked at Tinker Air Force Base, Oklahoma City, as a civil service employee from 1949 until retiring in 1967. He then worked at the Federal Aviation Administration.

Hall later married Miss Lola Delois Miles of Oklahoma City. They had two children and remained together until his death, 22 November 1971.

The P-40L was a lightened version of the P-40F, with fuel tanks removed from the wings, and armament reduced from six to four Browning AN-M2 .50-caliber machine guns, with only 201 rounds of ammunition per gun. Identifying features of the P-40F and P-40L are the absence of a carburetor intake on the top of the engine cowling, a very deep radiator scoop below the propeller spinner, and a fuselage lengthened 2 feet, 2 inches (0.660 meters).

¹ A study of U.S. Army Air Force claims of enemy aircraft destroyed (Andrew Arthy and Morten Jessen, 2013) indicates that no Focke Wulf Fw 190s were present at the time, however, Messerchmitt Bf 109s of Jagdgeschwader 77 were defending the target against B-25s and P-40s. Two were lost on that day. The authors suggest that opposing aircraft were often misidentified.

They were never seen again. 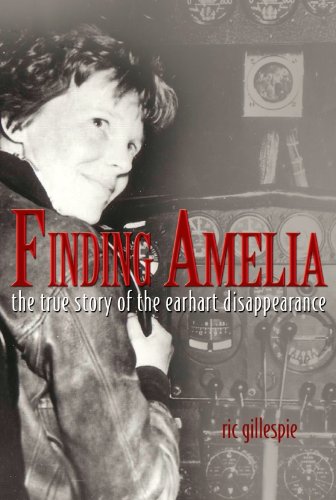