At approximately 1903, a time bomb which had been placed inside luggage carried in the airliner’s cargo hold detonated. Explosive decompression magnified the effects of the bomb. The airliner broke into five large sections and fell to the ground at the town of Lockerbie, Scotland.

All 259 persons on board the 747 were killed, as were another 11 persons on the ground.

The time bomb is believed to have been placed aboard the airliner by agents of the Great Socialist People’s Libyan Arab Jamahiriya, acting on orders of the Brotherly Leader and Guide to the Revolution of Libya, Muammar al-Gaddafi. One of these, Abdelbaset Ali Mohmed al-Megrahi, was convicted of 270 counts of murder in a Scottish criminal court seated in The Netherlands. The defense twice appealed the case, but prior to a decision in the second appeal, al-Megrahi dropped his appeal and asked to be released from jail because it was believed that he would very soon die of cancer. The Scottish court did release him and he returned to Libya on 14 August 2009, on board Colonel Gadaffi’s personal aircraft. He reportedly died 20 May 2012.

Boeing delivered N739PA to Pan American 15 February 1970. The airliner was originally named Clipper Morning Light. At the time of the bombing, it had accumulated 72,464 total flight hours.

The F-14 is a long-range fleet defense interceptor designed to operate from the United States Navy’s aircraft carriers. It is a two-place, twin-engine Mach 2+ fighter. The most notable feature are its variable geometry wings (“swing wings”), similar to those of the General Dynamics F-111.

The Tomcat is armed with one 20 mm General Electric M61A1 Vulcan six-barrel Gatling gun with 676 rounds of ammunition. It can carry a combination of Hughes AIM-54A Phoenix long range air-to-air missiles, as well as AIM 7E Sparrow and AIM 9H Sidewinders. The F-14 has the capability of simultaneously engaging six independent targets with the Phoenix missile. The AIM-54A is a radar-guided Mach 5 missile with a range of 115 statute miles (185 kilometers). It has a 135 pound (61.2 kilograms) proximity-fused blast fragmentation warhead.

The Grumman F-14 was in production from 1970 until 1991, in three variants, the F-14A, F-14B and F-14D. A total of 712 Tomcats were built. The fighter remained in service with the United States Navy until 2006. 79 F-14As were provided to the Imperial Iranian Air Force, prior to the Islamic revolt. An unknown number of these remain in service with the Islamic Republic of Iran Air Force.

Apollo 8 was the second manned mission of the Apollo program. It was the first manned spacecraft to leave Earth orbit, travel to and orbit the Moon, then return to Earth. 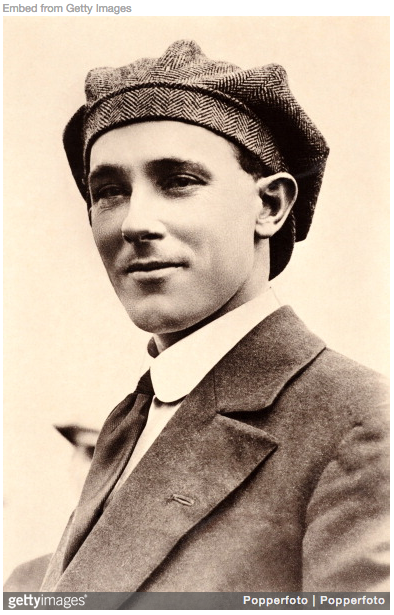 21 December 1916: Harry George Hawker, M.B.E., A.F.C., made the first flight of the Sopwith Camel at Brooklands Aerodrome, Surrey, England. This airplane would become the Royal Air Force’s most successful fighter of World War I.

The Sopwith Camel F.1 was a British single-place, single-engine biplane fighter, produced by the Sopwith Aviation Co., Ltd., Canbury Park Road, Kingston-on-Thames. The airplane was constructed of a wooden framework, with the forward fuselage being covered with aluminum panels and plywood, while the aft fuselage, wings and tail surfaces were covered with fabric.

The Bentley B.R.1 rotary engine was designed by Lieutenant Walter Owen Bentley, Royal Naval Air Service (later, Captain, Royal Air Force), based on the Clerget Type 9, but with major improvements. It used aluminum cylinders shrunk on to steel liners, with aluminum pistons. The Bentley B.R.1 (originally named the Admiralty Rotary, A.R.1, as it was intended for use by the Royal Navy) was an air-cooled, normally-aspirated 17.304 liter (1,055.948 cubic inches) right-hand tractor, nine-cylinder rotary engine with a compression ratio of 5.7:1. It was rated at 150 horsepower at 1,250 r.p.m. The B.R.1 was 1.110 meters (3 feet, 7.7 inches) long, 1.070 meters (3 feet, 6.125 inches) in diameter and weighed 184 kilograms (406 pounds.) The engine was manufactured by Humber, Ltd., Coventry, England, and Vickers, Ltd., Crayford.

The Camel was armed with two fixed, forward-firing .303-caliber (7.7×56mmR) Vickers machine guns, synchronized to fire forward through the propeller. These guns were modified for air cooling. Some night fighter variants substituted Lewis machine guns mounted above the upper wing for the Vickers guns. Four 25 pound (11.3 kilogram) bombs could be carried on racks under the fuselage.

The Sopwith Camel was a difficult airplane to fly. Most of its weight was concentrated far forward, making it unstable, but, at the same time making the fighter highly maneuverable. The rotary engine, with so much of its mass in rotation, caused a torque effect that rolled the airplane to the right to a much greater degree than in airplanes equipped with radial or V-type engines. A skilled pilot could use this to his advantage, but many Camels ended upside down while taking off.

Twelve manufacturers ² produced 5,490 Sopwith Camels between 1916 and 1920. By the end of World War I, it was becoming outclassed by newer aircraft, however it was the single most successful fighter of the war, shooting down 1,294 enemy aircraft.

It is believed that only seven Sopwith Camels still exist.