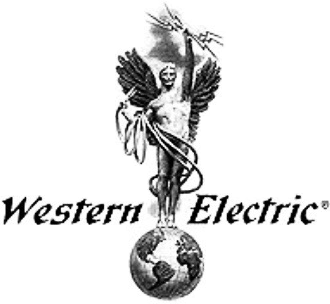 4 November 1960: This photo shows one of the four attempts NASA made at launching two X-15 aircraft in one day. This attempt occurred November 4, 1960.

None of the four attempts was successful, although one of the two aircraft involved in each attempt usually made a research flight.

The B-29 Superfortress was the most technologically advanced—and complex—aircraft of World War II. It required the manufacturing capabilities of the entire nation to produce. Over 1,400,000 engineering man-hours had been required to design the prototypes.

The Superfortress was manufactured by Boeing at Seattle and Renton, Washington, and Wichita, Kansas; by the Glenn L. Martin Company at Omaha, Nebraska; and by Bell Aircraft Corporation, Marietta, Georgia.

There were three XB-29 prototypes, 14 YB-29 pre-production test aircraft, 2,513 B-29 Superfortresses, 1,119 B-29A, and 311 B-29B aircraft. The bomber served during World War II and the Korean War and continued in active U.S. service until 1960. In addition to its primary mission as a long range heavy bomber, the Superfortress also served as a photographic reconnaissance airplane, designated F-13, a weather recon airplane (WB-29), and a tanker (KB-29).

The Superfortress could carry a maximum of 20,000 pounds (9,072 kilograms) of bombs in two bomb bays. For defense it had 12 Browning M2 .50-caliber machine guns in four remote-controlled turrets and a manned tail position.

A number of B-29 Superfortresses are on display at locations around the world, but only two, the Commemorative Air Force’s B-29A-60-BN 44-62070, Fifi, and B-29-70-BW 44-69972, Doc, are airworthy. (After a lengthy restoration, Doc received its Federal Aviation Administration Special Airworthiness Certificate, 19 May 2016.)

The Superfortress could carry a maximum of 20,000 pounds (9,072 kilograms) of bombs in two bomb bays. For defense it had 12 Browning M2 .50-caliber machine guns in four remote-controlled turrets and a manned tail position.

Approximately 5 hours into the flight, the number 3 engine (starboard wing, inboard) began to backfire. It was shut down and the propeller feathered. Captain Robbins decided to return to Hawaii. A short while later, the number 4 engine (starboard wing, outboard) also started to malfunction. It continued to run but eventually it was also shut down.

With two engines inoperative, the airplane was unable to maintain altitude. At 11:07 p.m. local, Captain Robbins, in total darkness, brought the flying boat to a “masterful”  landing on the relatively calm surface of the Pacific Ocean. There were no injuries. The airplane suffered minor damage to the port sea wing, and started taking on water.

Freighter S.S. John Henry Payne sighted flares fired from the flying boat and quickly arrived on scene. The ship took all of the passengers on board. Ten crew stayed aboard flying boat.

USS Manila Bay (CVE 61), a Casablanca-class escort aircraft carrier under the command of Captain Leon Johnson, was approximately 60 miles (97 kilometers) away, and had been ordered to take charge of efforts to salvage the airplane.

On arrival, a whale boat was sent to remove the remaining crew members from the flying boat. Wind and waves had increased and it was feared that the boat might damage the hull of the flying boat, so a rubber life raft was used to transfer the Clipper‘s crew to the whale boat. Aircraft mechanics were sent from Manila Bay to attempt to repair the airplane, but were not successful.

Plans were made to rig the airplane for towing. 200 fathoms (1,200 feet/366 meters) of 6-inch (15.2 centimeter) diameter hawser was rigged from the aircraft carrier to the nose of the flying boat. Stabilizing lines were tied to the propeller hubs of the outboard engines. Manila Bay began towing the Honolulu Clipper and was gradually able to increase speed to 6 knots (7 miles per hour/11 kilometers per hour). About an hour after sunset, at about 7:30 p.m., the tow line parted.

During the several days that Honolulu Clipper was afloat in the open ocean, weather increased to the point that it was considered too hazardous to approach it in a small boat, so the aviation tender closed on the airplane directly to try to take it on tow. Unfortunately, San Pablo hit the clipper and caused significant damage.

With salvage impossible, the derelict Honolulu Clipper was now considered a hazard to navigation. It was sunk by 20 mm gun fire from San Pablo.

Honolulu Clipper was the prototype for the Boeing Model 314 series flyjng boat. It had been designed to carry a maximum of 76 passengers and a crew of 10 a distance of 5,200 miles at 184 miles per hour. The design used the wings and engine nacelles of Boeing’s experimental Model 294 (XB-15) very long-range heavy bomber.

The airplane was built at Boeing’s Plant 1, then transported by Barge to Elliot Bay. It carried experimental registration NX18601. Test pilot Edmund Turney (“Eddie”) Allen made the first flight of the prototype on 7 June 1938. He reported that the flying boat had insufficient rudder control and that he had to vary engine power to turn it. The prototype was modified to a twin-tail configuration.

With two vertical fins and rudders, control was improved, but was still insufficient. A third, center, fin was added and this became the production configuration.

Honolulu Clipper was leased to the United States Navy by Pan American Airways, 17 December 1942, and assigned Bureau of Aeronautics serial number (“Bu. No.”) 48227. The airplane continued to be operated by Pan Am crews.

Sanis E. (“Robby”) Robbins was born at Matthews, Indiana, 17 September 1898. He was the sixth of seven children of William S. Robbins, a real estate agent, and Sarah Ellen Brokaw Robbins.

Robbins was commissioned as a Lieutenant Commander, United States Naval Reserve, 15 September 1940. He held this rank until at least 1955.

As the airplane’s speed increased, it approached what is now known as its Critical Mach Number. Air flowing across the wings accelerated to transonic speeds and began to form shock waves. This interrupted lift and caused a portion of the wing to stall. Air no longer flowed smoothly along the airplane and the tail surfaces became ineffective. The YP-38 pitched down into a steeper dive and its speed increased even more.

Designed by famed aeronautical engineer Clarence L. “Kelly” Johnson, the YP-38 had servo tabs on the elevator that were intended to help the pilot maintain or regain control under these conditions. But they increased the elevator’s effectiveness too well.

Witnesses said the twin-engined, double-fuselaged ship was booming westward at near maximum speed (unofficially reported to be between 400 and 500 miles an hour) when the duralumin tail assembly “simply floated away.”

A moment afterward the seven-ton craft seemed to put on a burst of speed, the the high whine of its engines rising.

It then went into a downward glide to about 1500 feet, then into a flat spin, flipped over on its back and shot earthward.

Several persons said that they thought they had heard an explosion during the dive, but qualified observers doubted it. . .

. . . Fellow pilots at Lockheed said, “Ralph was the best we had, especially in power dives.”

Robert E. Gross, president of Lockheed, said, “Ralph Virden was a great pilot but an even greater man. If anyone ever had national defense at heart it was he, who every day was carrying the science of aviation into new and higher fields.”

Various witnesses said the ill-fated ship’s tail assembly could be followed easily as its bright surfaces glinted in the sun during its drop to earth. It landed several blocks from the scene of the crash.

Mrs. Jack Davenport of 1334 Elm Ave., left her ironing board when she heard the unfamiliar roar of the plunging plane’s engines.

“I ran out and saw it passing over us, very low. It disappeared among the trees and then zoomed back into sight just before crashing in the next block,” she said. “It looked just like a toy airplane. I knew the pilot didn’t have a chance, as the ship was too low and going too fast.”

The YP-38 crashed into the kitchen of Jack Jensen’s home at 1147 Elm Street, Glendale, California. Fire erupted. Ralph Virden was killed. The airplane’s tail section was located several blocks away.

39-689 was the first of thirteen YP-38 service test aircraft that had been ordered by the U.S. Army Air Corps shortly after the XP-38 prototype, 37-457, had crashed on a transcontinental speed record attempt, 11 February 1939. 39-689 made its first flight 16 September 1940 with test pilot Marshall Headle at the controls. With hundreds of production P-38s being built, Lockheed continued to use the YP-38 for testing.

The YP-38s were service test prototypes of a single-place, twin engine long range fighter with a unique configuration. There was not a fuselage in the normal sense. The cockpit, nose landing gear, and armament were contained in a central nacelle mounted to the wing. Two engines and their turbochargers, cooling systems and main landing gear were in two parallel booms. The booms end with vertical fins and rudders, with the horizontal stabilizer and elevator between them. The P-38 was 37 feet, 9–15/16 inches (11.530 meters) long, with a wingspan of 52 feet, 0 inches (15.850 meters) and height of 12 feet, 10 inches (3.952 meters).

Lockheed built one XP-38, thirteen YP-38s, and more than 10,000 production fighter and reconnaissance airplanes. At the end of World War II, orders for nearly 2,000 more P-38 Lightnings were cancelled.

Ralph Burwell Virden was born 11 June 1898, at Audobon Township, Illinois. He was the second child of Hiram R. Virden, a farmer, and Nancy Carrie Ivy Virden.

Virden attended Bradley Polytechnic Institute at Peoria, Illinois. At the age of 17, 15 October 1918, Ralph Virden enlisted in the U.S. Army. With the end of World War I less than one month later, he was quickly discharged, 7 December 1918.

In 1919, Ralph Virden married Miss Florence I. McCullers. They would have two children, Kathryn and Ralph, Jr. Kathryn died in 1930 at the age of ten years.

During the mid-1920s, Virden flew as a contract mail pilot. He held Airline Transport Pilot Certificate No. 628, and was employed by Gilmore Aviation and Pacific Air Transport. For thirteen years, Virden was a pilot for United Air Lines. He joined Lockheed Aircraft Company as a test pilot in 1939. He had flown more than 15,000 hours.

After the accident, Lockheed, the Air Corps and the National Advisory Committee on Aeronautics (NACA) undertook an extensive test program of the P-38.