Lieutenant General Charles B. Westover, Vice Commander, Tactical Air Command, formally accepted the new fighters on behalf of TAC. Up until this time, the 4453rd had been training crews with McDonnell F-4B Phantom IIs on loan from the United States Navy.

At 11 o’clock yesterday morning at MacDill Air Force Base, necks craned, and all eyes were skyward as two F-4C tactical fighter aircraft roared into view—the vanguard of a 1,000-plane order to replace outdated planes in the Tactical Air Command.

The two planes, each costing a million dollars, were piloted from the St. Louis plant of McDonnel Aircraft yesterday by Brig. Gen. Gilbert L. Meyers, commander of the 836 Air Division at MacDill, and Col. Frank K. Everest, commander of the 4453rd Combat Crew Training Squadron.

For the historic event, a special ceremony was held on the MacDill flight line, attended by military and civilian leaders.

The pair of F-4C “Phantoms” zoomed into view, made a low, high-speed pass over the flight line and were almost out of sight in the blink of an eyelash.

After a quick circle over MacDill, the two planes taxied toward the spectator area—each trailing colorful orange and white parachutes which are used to lower the plane’s landing speed.

The two officers eased themselves out of the enclosed cockpit to receive congratulations from Lt. Gen. Charles B. Westover, vice commander of Tactical Air Command, Langley Air Force Base, Va., and other military leaders.

Wearing a broad grin and looking like a man freshly arrived from home to office, rather than from St. Louis, Gen. Meyers enthusiastically commented “it’s a wonderful flying machine.”

The youthful appearing Air Force general said we “loafed along at 550 knots” during the 1½ hour trip from the St. Louis plant. This is 635 miles per hour in land speed and considerably under the Phantom’s top speed of over 1,600 m.p.h.–twice the speed of sound.

General Meyers said when he first flew over 400 m.p.h. in an Air Force plane he was thrilled.

“I’m sure as long as we (the Air Force) keep receiving this kind of equipment, along with the dedication of the men, this country has nothing to worry about,” he told the crowd.

General Westover, who accepted the first two planes on behalf of TAC, noted the new models would be part of the Air Force weapons inventory for at least five years. The Air Force has placed a $2 billion order with McDonnell Aircraft.

A twin seat, dual engine jet plane, the Phantom has been used by the Navy since December, 1960. The Air Force version is modified with dual controls to permit the back seat man to pilot the plane.

The stubby-winged Phantom is capable of three times to bomb load of a B-17 bomber during World War II, coupled with the advantage that it carries its own protection and does not need a fighter escort.

The 12th and 15th Tactical Fighter Wings and the 4454th Combat Crew Training Squadron at MacDill will be the first Air Force units to be equipped with the new planes.

The McDonnell F-4C Phantom II (originally designated F-110A Spectre) was produced for the U.S. Air Force, based on the U.S. Navy McDonnell F4H-1 (F-4B after 1962) fleet defense interceptor. Evaluation testing had shown the the Navy’s F4H was superior to the Air Force Convair F-106 Delta Dart. It was faster, could fly higher, had a longer range and greater payload. It was also better suited as a tactical fighter.

The Navy operated its Phantom IIs with a pilot and a radar systems operator. The Air Force’s F-4C variant was equipped with dual flight controls and was flown by two rated pilots. The F-4C was externally the same as the F-4B, but otherwise differed by the addition of a ground attack capability. Also, while the F-4B used a hose-and-drogue system for air-to-air refueling, the F-4C was equipped with a boom refueling system. It retained the folding wings and arresting hook of the Navy variant, but deleted catapult provisions.

During the Vietnam War, the missile armament of the Phantom II was found unsatisfactory in dogfights with enemy aircraft. The violent maneuvers of Air Combat Maneuvering (“ACM”) made it difficult for the missiles to align and track the intended target. Of 612 AIM-7 Sparrows fired by F-4s, only 56 enemy aircraft were destroyed, while 187 AIM-9 Sidewinders brought down 29 enemy aircraft. This was a kill ratio of 9% and 16%, respectively.

Forward-thinking planners had assumed that an all-missile armament was all that was required in the modern era, so F-4s were built without any machine guns or cannon. The Air Force used an SUU-16/A pod containing a General Electric M61A1 20 mm rotary cannon with 1,200 rounds of ammunition mounted to the F-4’s centerline hardpoint. (Two additional SUU-16/A pods could be mounted on the outboard underwing hardpoints.) This was useful in close-in combat, but the airplane was not equipped with a suitable gun sight. It was not until the F-4E variant that a gun was incorporated into the airplane. 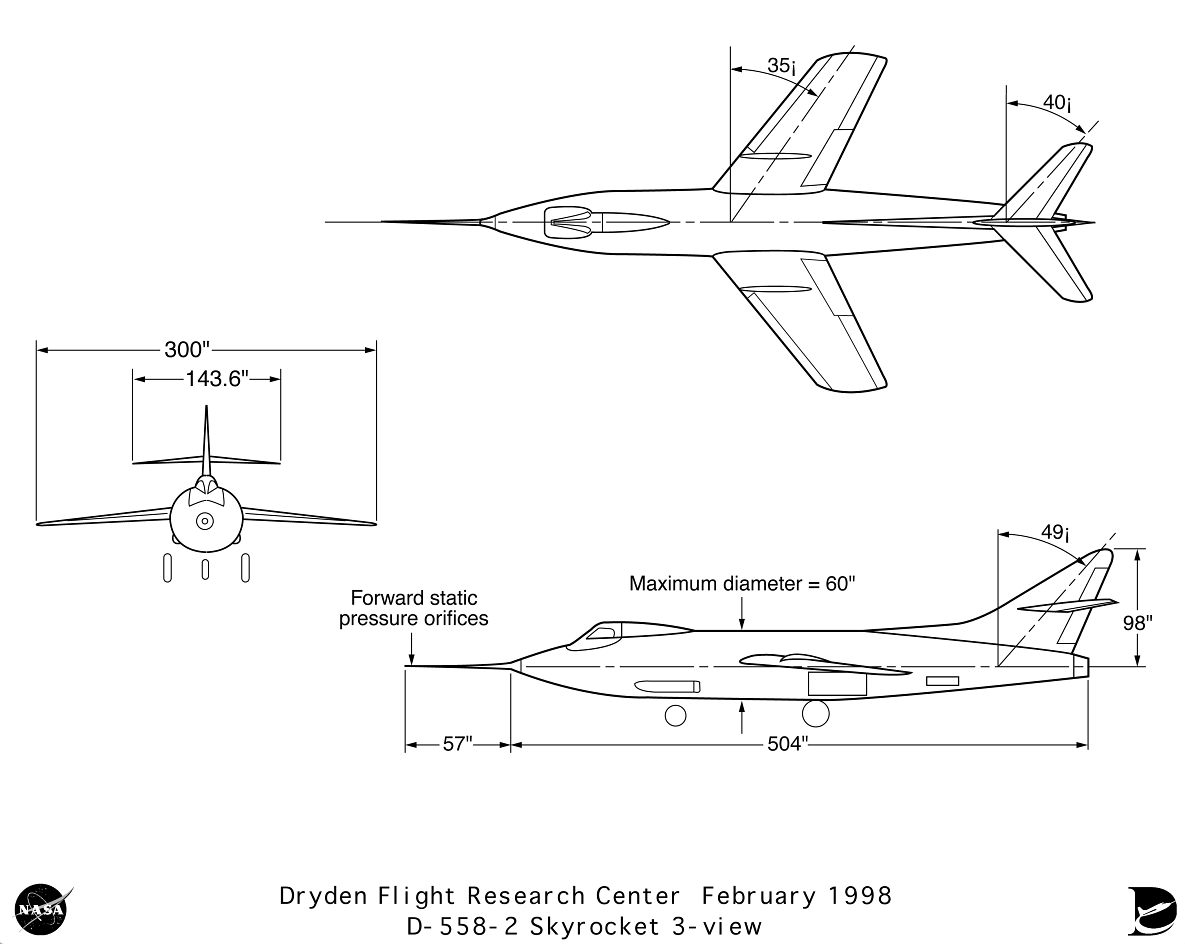 Pacusan Dreamboat was modified specifically for a series of long-distance flights. A standard production B-29B, a light-weight variant of the Boeing B-29 Superfortress, it did not have the four power gun turrets with their .50-caliber machine guns. A radar-directed 20 mm cannon and two .50-caliber machine guns in the tail were the only defensive weapons. Much of the standard armor plate was also deleted. It weighed 69,000 pounds (31,298 kilograms) empty and 137,000 pounds (62,142 kilograms) fully loaded. Pacusan Dreamboat was further lightened. The tail guns were removed and the tail reshaped. It had an empty weight of 66,000 pounds (29,937 kilograms). Its takeoff weight on this flight was 151,000 pounds (68,492 kilograms).

Pacusan Dreamboat set a number of distance and speed records, including Honolulu, Hawaii to Cairo, Egypt and Burbank to New York in 5 hours, 27 minutes, averaging 451.9 miles per hour (727.26 kilometers per hour).

The Pacusan Dreamboat was stricken from the Air Force inventory 8 August 1954 and reclaimed at Tinker Air Force Base, Oklahoma City, Oklahoma.

Vance Breese was the free-lance test pilot who made the first seven flights in the new airplane. Breese claimed to have made a bet with North American executives that Balfour would crash the prototype on his first flight.

This flight was scheduled to be a high speed test. Edgar Schmued, the designer, offered to show Balfour around the airplane. “Before this flight, I asked Balfour to get into the airplane and go through the routine of a takeoff and flight. He responded that one airplane is like another and he would not need the routine checkout.”

The ground crew started the NA-73X’s 1,150 horsepower Allison V-1710-39 liquid-cooled V-12 engine at 5:40 a.m. and let it warm up to normal operating temperature. When it was restarted just prior to Paul Balfour’s flight, “it was a little hard to start,” according to Olaf Anderson, the airplane’s mechanic.

Balfour took off from Mines Field at about 7:10 a.m. After about twelve minutes of flight, the Allison stopped running. Balfour was too far from Mines Field to make it back to the runway. He landed in a plowed field west of Lincoln Boulevard. When the tires hit the soft surface, the prototype flipped over. Balfour was not hurt and was able to crawl out of the upside-down wreck.

The Civil Aeronautics Board report described the damage as “engine housing broken, both wingtips damaged, tail surfaces damaged, top of fuselage damaged, and other miscellaneous damage.” The NA-73X had accumulated just 3 hours, 20 minutes of flight.

According to the C.A.B. investigation, the engine had stopped due to fuel starvation when Balfour neglected to select another tank.

The prototype was taken back to the factory and rebuilt. It would become the famous Mustang, one of the most significant aircraft of World War II.

Robert C. Chilton was hired as the new Chief Test Pilot. He would continue testing the Mustang developments throughout the war. Chilton made his first flight in NA-73X on 3 April 1941.

Paul Balfour continued to work for North American Aviation, testing the NA-40 and NA-40B prototypes and the B-25 Mitchell medium bomber. He later served in the United States Air Force.

Paul Baird Balfour was born 5 July 1908 in Washington State. He was the son of Fred Patrick Balfour and Edna May Baird Balfour. Balfour attended two years of college.

Paul Balfour entered the U.S. Army Air Corps (prior to 1930). He was stationed at Rockwell Field, San Diego, California.

On 2 July 1938, he married Lois Tresa Watchman at Kingman, Arizona. They would have two children.

Shortly after takeoff, at about 10:00 a.m., the airplane developed engine trouble. Unable to return to Norton, Balfour attempted a belly landing at a small private airfield. Witness saw that the airplane’s left engine was idling, and its propeller was feathered. As he approached, the airplane was blocked by a windbreak of eucalyptus trees bordering U.S. Route 66. Balfour banked away from the trees but the B-25 crashed in an orange grove along Bloomington Avenue in Rialto, approximately 7 miles (11 kilometers) north of Norton.

Balfour, still buckled in his seat, was thrown clear of the burning wreck and landed in the street. One man on board was killed and two others seriously injured. Balfour died in a hospital three hours later. He was 41 years old. Major Balfour was buried at the Inglewood Park Cemetery, Inglewood, California.