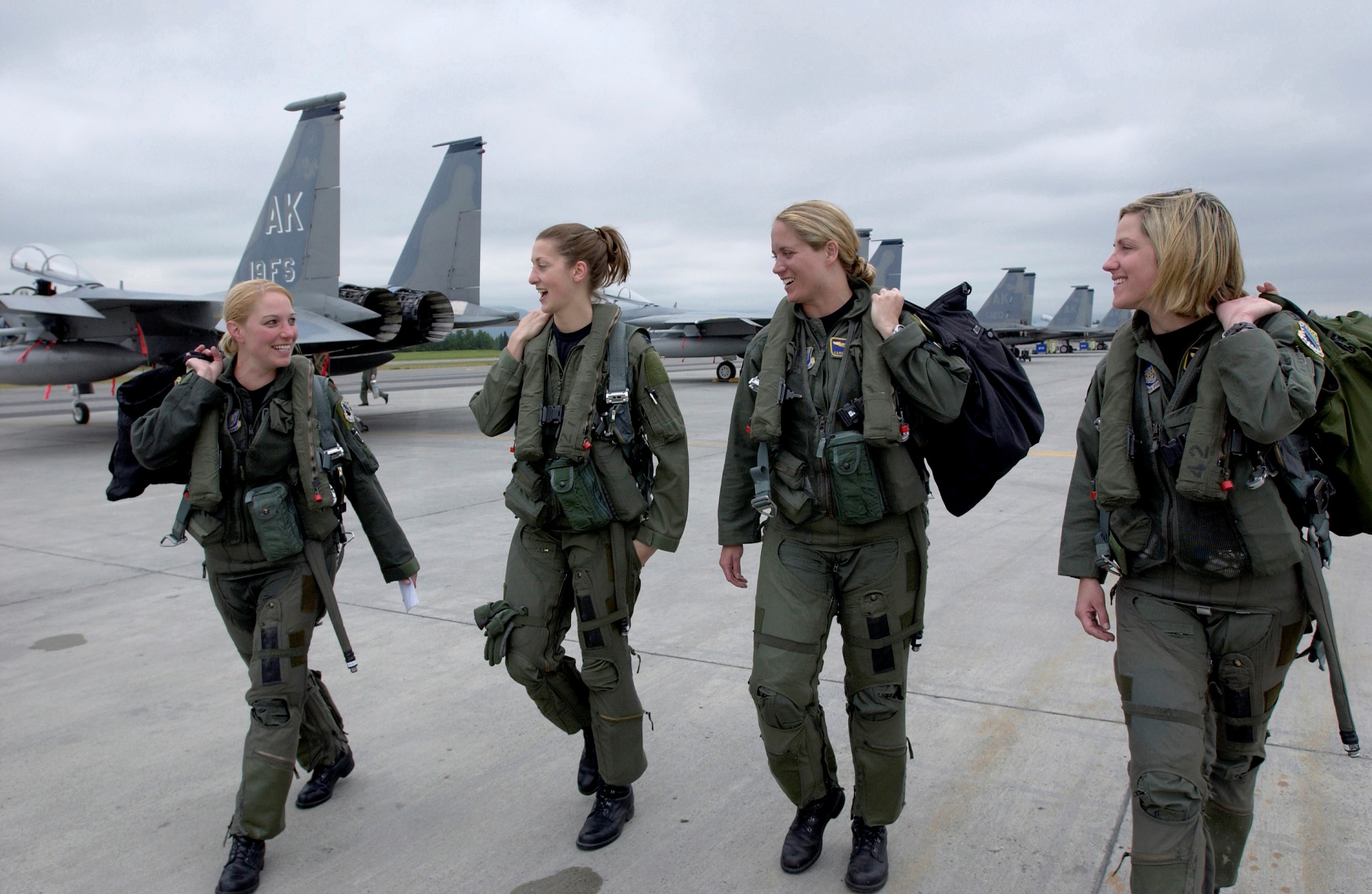 ELMENDORF AFB, Alaska — Four F-15C pilots from the 3rd Wing step to their respective jets July 5 for the fini flight of Maj. Andrea “Gunna” Misener, 19th Figher Squadron, pictured far left. To her right are Capt. Jammie “Trix” Jamieson of the 12th Fighter Squadron, Maj. Carey “Mamba” Jones, 19th Fighter Squadron, and Capt. Samantha “Combo” Weeks, 12th Fighter Squadron. When Maj. Misener worked out who would be joining her in her four-ship fini flight, it became apparent there was a probable first in the Eagle community. Despite the growing number of females who have joined the ranks of fighter pilots since the career opened up to women in 1993, an all-female four-ship had not been accomplished in the F-15C before.
“It was a great flight,” said Maj. Misener after her final flight at Elmendorf. “We killed all the bandits and protected the target area. There were no Eagle losses.” The major says she will miss her flying squadron, as she moves on to new challenges at the year-long Joint Military Intelligence College in Washington D.C. (photo by Tech. Sgt. Keith Brown)