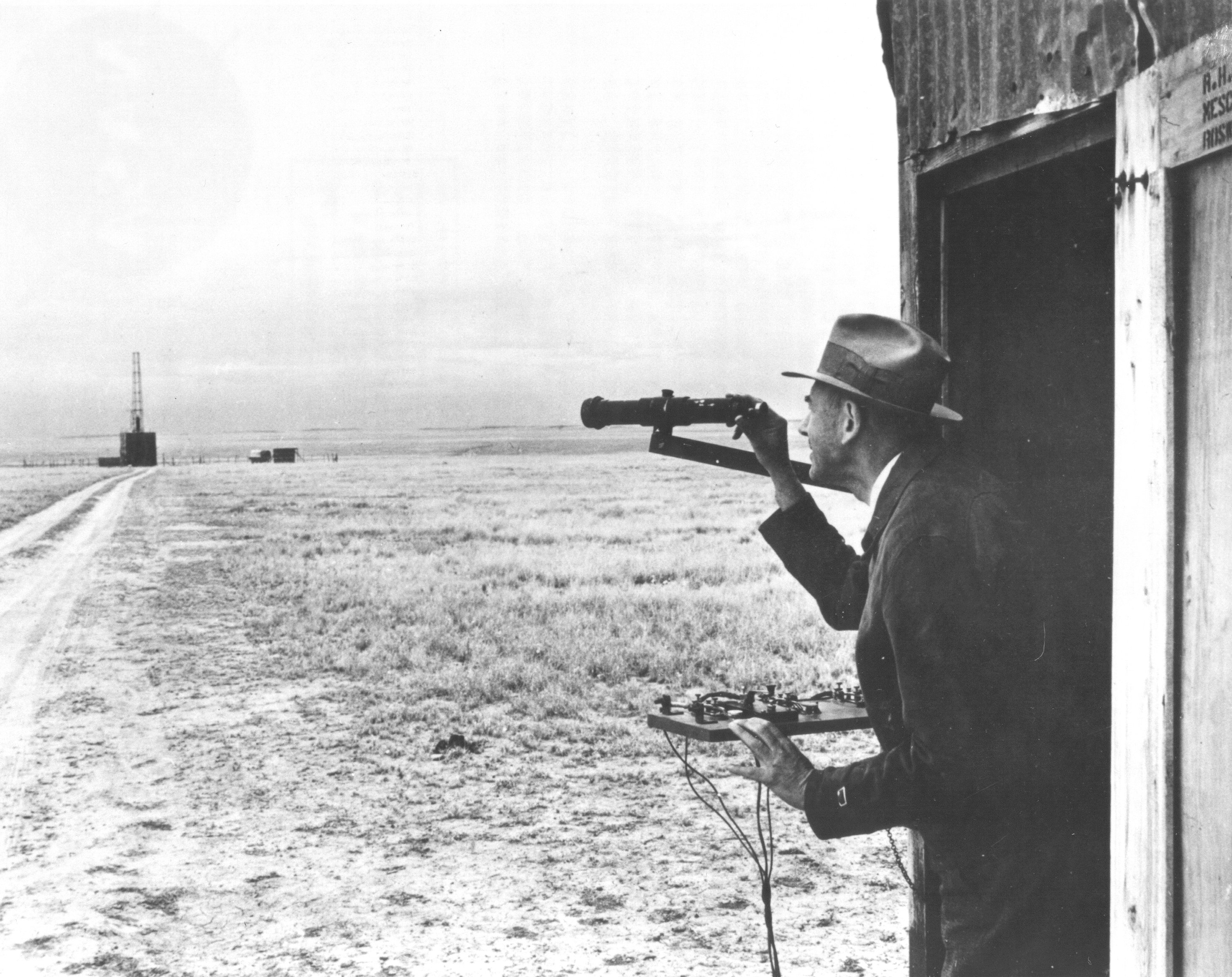 “Dr. Robert H. Goddard observes the launch site from his launch control shack while standing by the firing control panel. From here he can fire, release, or stop testing if firing was unsatisfactory. Firing, releasing, and stop keys are shown on panel. The rocket is situated in the launch tower.” (NASA)