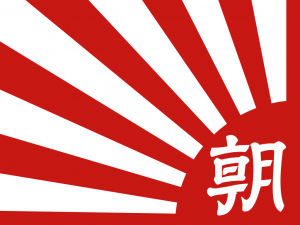 The first section of the flight which was sponsored by the Tokyo Asahi Press commenced from Tokio at 5.12 p.m. on Monday, April 5, and covered 1,400 odd miles to Taihoku, Formosa. In spite of the weather conditions, which were the worst experienced on the whole trip, and average speed of almost 200 m.p.h. was maintained. After leaving Hanoi (French Indo-China), the next stop, bad visibility to Vientiane lowered the average a little and it was not until the Baghdad to Athens stage was covered that the average speed for a section exceeded 100 m.p.h.; in this case 1,280 miles was covered in 6 hours 17 mins., a speed of 202 m.p.h. Strong head-winds were encountered while crossing India.

After returning to Japan, Kamikaze-gō continued in service to its owners, until returning from China, it encountered bad weather and crash landed on Taiwan. The airplane was recovered then placed on display at the Asahi Shimbun headquarters in Tokyo. During a bombing raid in 1944, the building was hit and the airplane was destroyed.