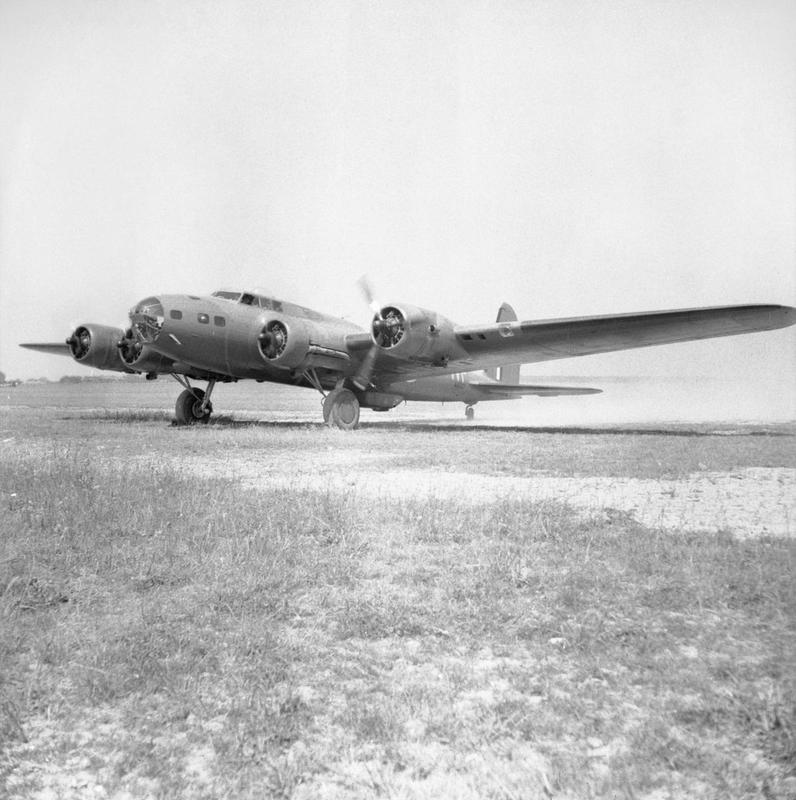 Fortress Mark I, AN521 WP-K, of No. 90 Squadron RAF based at West Raynham, Norfolk, preparing for take off at Hatfield, Hertfordshire, during an inspection of newly-arrived American aircraft by the Chief of the Air Staff and the US Air Attache. (Photograph by Flight Lieutenant Bertrand John Henry Daventry, Royal Air Force/CH 2873, Imperial War Museum)