29 May–1 June 1862: Thaddeus Sobieski Constantine Lowe, commanding the civilian Union Army Balloon Corps, relayed observations of enemy troop movements, both vocally and by telegraph, from the gondola of a hydrogen balloon which was moored on the north side of the Chickahominy River of eastern Virginia during the Battle of Seven Pines, which took place during the American Civil War (1861–1865). 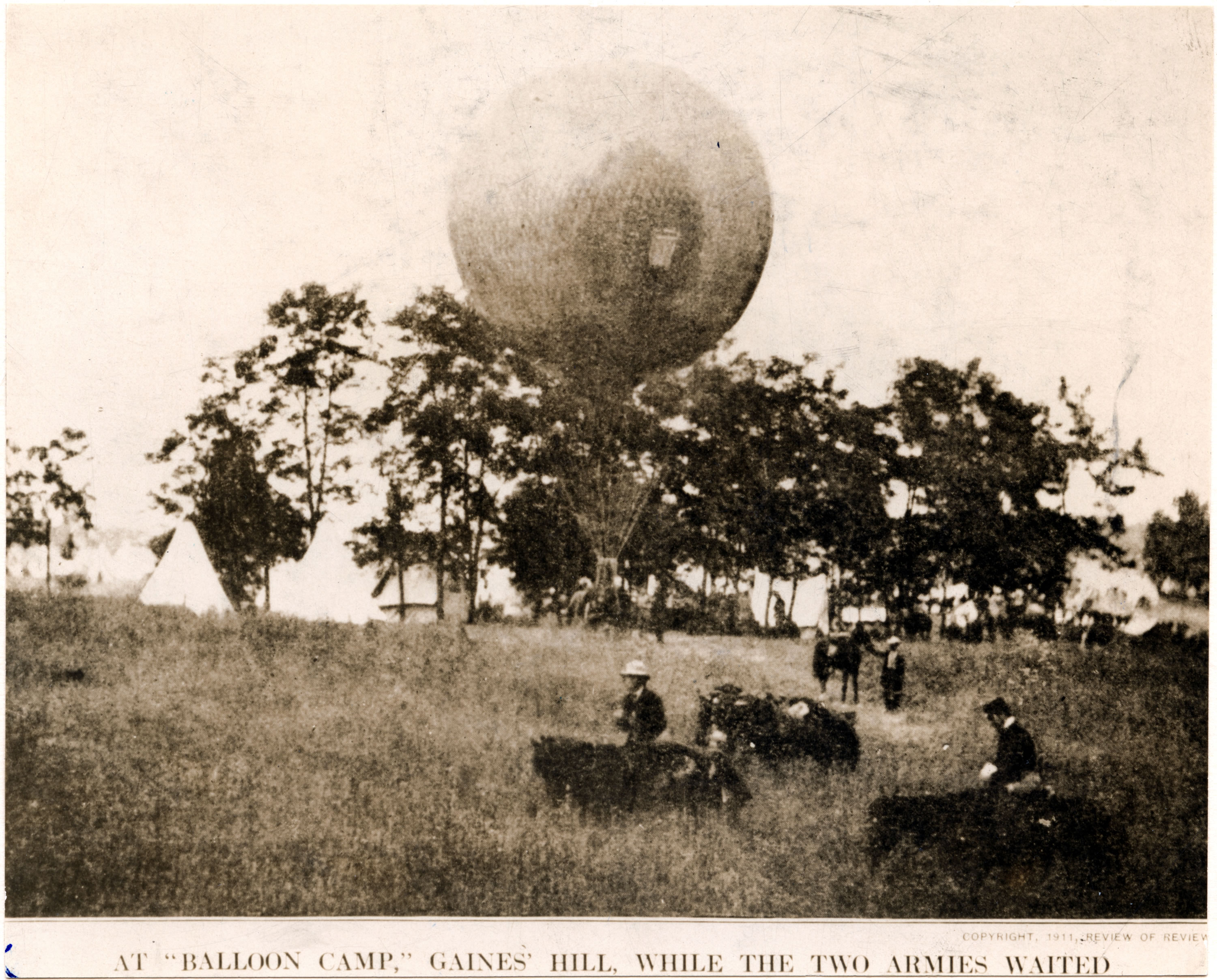 Having been appointed Chief Aeronaut by President Lincoln, Lowe had previously performed aerial reconnaissance at the First Battle of Bull Run, 21 July 1861. He was also present at the battles of Sharpsburg and Fredericksburg.