. . . on 26 April, Maj. Paul J. Gilmore, in the front seat of the lead F-4C, and 1st Lt. William T. Smith in the back, downed the first MiG-21 of the war. They were part of a flight of three F-4s flying escort for two RB-66s. Launching from Da Nang, they rendezvoused with the RB-66s and proceeded north to the Red River, where one RB-66 and one F-4 split off for a separate mission. Gilmore, flying the other F-4, and the other RB-66 proceeded north east of Hanoi. Almost at once they spotted two or three MiGs coming high in the 2 o’clock position and closing rapidly. Gilmore and his wingman jettisoned their external tanks, lit their afterburners, and broke into a hard left descending turn while the RB-66 departed the area.

Gilmore pulled out of his vertical reversal at 12,000 feet [3,657.6 meters], with his wingman flying a tight wing position. They pulled up after the MiGs, which were in afterburner, heading northwest at 30,000 feet [9,144 meters].

The second MiG was descending very slowly, trailing white vapor toward the east. The F-4 aircrews lost sight of this aircraft as they closed rapidly on the first, which was making gentle clearing turns as he climbed away. Gilmore had several boresight lock-ons but was out of range for a good Sparrow shot. At a range of 3,000 feet [915 meters], Gilmore fired one Sidewinder with a good tone; he then maneuvered to the left to gain more separation and as a result did not see his first missile track.

Later, Gilmore reported that he had not realized that he had scored a victory with his first missile: “My wingman, flying cover for me, told me later the MiG pilot had ejected after I fired the first missile. I didn’t realize I’d hit him the first time. My wingman wondered why I kept after him as I had hit him the first time and the pilot ejected.” Because of radio difficulties, his wingman could not inform Gilmore of his success.

After his maneuver to gain separation, Gilmore pulled up behind the pilotless MiG-21 again and fired another Sidewinder without effect. He again rolled left, pulled up, and fired his third Sidewinder at a range of 3,000 feet. “After missing [he thought] twice,” Gilmore later told a newsman, “I was quite disgusted. I started talking to myself. Then I got my gunsights on him and fired a third time. I observed the missile go directly in his tailpipe and explode his tail.”

The two F-4 aircrews then descended to watch the debris impact. As Gilmore commenced his pull-up he spotted another MiG-21 tracking his wingman and called for a defensive split. He broke to the left and down while his wingman broke to the right and up.

When Gilmore emerged from the roll, he sighted the MiG ahead, in afterburner and climbing away. He rolled in behind this aircraft and climbed in afterburner until he was directly behind. He fired his fourth Sidewinder, but the range was too short and the missile passed over the MiG’s left wing. Because of low fuel reserves, both F-4s then left the battle area. The 6-minute aerial battle was Gilmore’s first encounter with an enemy plane “after twelve years in the tactical fighter business.”

According to Vietnam Peoples’ Air Force records, a fighter was lost 26 April 1966, though it is described as a MiG-17. The pilot, First Lieutenant Tràn Vặn Triém, ejected after being hit by friendly fire.

The Phantom II flown by Gilmore and Smith on that date was written off 6 August 1967. 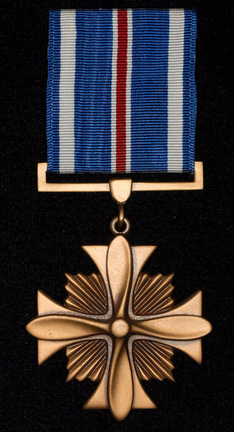