27 December 1935: When an eruption of Mauna Loa, a volcano on the Island of Hawaii (ongoing since late November) threatened the town of Hilo on the island’s northeastern coast, a decision was made to try to divert the flow of lava by aerial bombing. (The population of Hilo in 1935 was 15,633.)

Until recently, Mauna Loa was thought to be the largest volcano on Earth, but has been downgraded to second-place status by the Tamu Massif in the northwestern Pacific Ocean. It is a shield volcano, meaning that it was built up of fluid lava flows, as opposed to a stratovolcano, such as Vesuvius, which is created by the build up of solids like ash and pumice. The summit of Mauna Loa is 13,679 feet (4,169 meters) above Sea Level, but the volcano actually rises 30,085 feet (9,170 meters) from the floor of the Pacific Ocean.

Five of the twenty bombs struck molten lava directly; most of the others impacted solidified lava along the flow channel margins. . . Colonel William C. Capp (USAF, ret.), a pilot who bombed the lower target, reported direct hits on the channel, observing a sheet of red, molten rock that was thrown up to about 200′ elevation and that flying debris made small holes in his lower wing. Bombs that impacted on solidified, vesicular pahoehoe along the flow margin produced craters averaging 6.7 m diameters and 2.0 m depth. . .

Pilots observed that several bombs collapsed thin lava tube roofs, although in no case was sufficient roof material imploded into the tube to cause blockage. The extrusion of lava ceased within a week, however, and Jaggar wrote that the bombing caused the fluid pahoehoe to thicken and block the vent by the process of gas release. . . .

Eventually the lava turned to follow the natural drainage toward Hilo, instigating a crisis. On December 26, the flow was moving 1.6 km per day (1 mile per day), and at that rate scientists calculated the flows would reach Kaumana Road by January 9 (disrupting mochi-pounding parties). A suggestion to bomb the eruption was made. The U.S. Army Officer who planned the bombing operation was then Lt. Colonel George S. Patton, who would go on to WWII fame.

On December 27, U.S. Army planes dropped bombs, targeting the lava channels and tubes just below the vents at 2,600 m (8,600 ft). The object was to divert the flow near its source. The results of the bombing was declared a success by Thomas A. Jaggar, Director of the Hawaiian Volcano Observatory.

Jagger wrote that ‘the violent release of lava, of gas and of hydrostatic pressures at the source robbed the lower flow of its substance, and of its heat.’ The lava stopped flowing on January 2, 1936.

63 Keystone B-3As were built for the Air Corps and they were in service until 1940. The 2nd Observation Squadron at Nichols Field, Philippines, was the last unit equipped with the B-3A.

39 Keystone B-6As were built and they remained in service until the early 1940s.

Newsreel footage of the bombing is available at Critical Past: 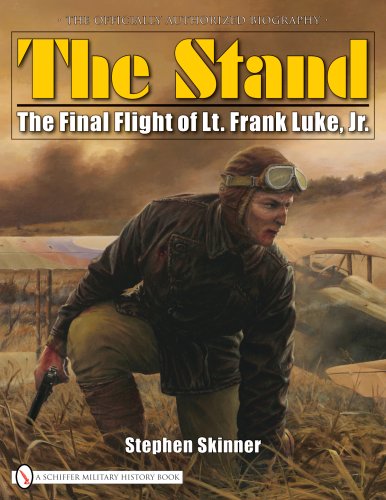 20 March 1937: After completing repairs and preparation for the second leg of her around-the-world flight—Hawaii to Howland Island—Amelia Earhart’s Lockheed Electra 10E, NR16020, was moved from Wheeler Field to Luke Field on Ford Island on 19 March to take advantage of the longer, fully paved runway.

Paul Mantz had warmed the engines at 5:00 a.m., 20 March, then shut them down. He would not be aboard for this flight. Amelia Earhart, Captain Manning and Captain Noonan boarded the Electra at 5:30 a.m. and Earhart restarted the engines. At 5:40 a.m., she began to taxi to the northeast corner of the runway. Weather was good, with a ceiling of 3,000 feet, visibility 3,500 feet in pre-dawn darkness, and wind from the south at 2 miles per hour.

At 5:53 a.m., Amelia Earhart accelerated for takeoff. A United States Army Board of Investigation report describes what happened next:

#000000; font-family: courier new, courier;">On reaching the end Miss Earhart turned and after a brief delay opened both throttles. As the airplane gathered speed it swung slightly to the right. Miss Earhart corrected this tendency by throttling the left hand motor. The airplane then began to swing to the left with increasing speed, characteristic of a ground loop. It tilted outward, right wing low and for 50 or 60 feet was supported by the right wheel only. The right-hand landing-gear suddenly collapsed under this excessive load followed by the left. The airplane spun sharply to the left on its belly amid a shower of sparks from the mat and came to rest headed about 200 degrees from its initial course. There was no fire. Miss Earhart and her crew emerged unhurt. The visible damage to the airplane was as follows:- Right wing and engine nacelle severely damaged, left engine nacelle damaged on under side, right hand rudder and end of stabilizer bent. The engines were undamaged. The oil tanks were ruptured. . . .

#000000; font-family: courier new, courier;">FINDINGS:  . . . after a run of 1200 feet the airplane crashed on the landing mat due to collapse of the landing gear as a result of an uncontrolled ground loop; the lack of factual evidence makes it impossible to establish the reason for the ground loop; that as a result of the crash the airplane was damaged to an extent requiring major overhaul. . . .

—excerpts from PROCEEDINGS OF A BOARD OF OFFICERS CONVENED TO INVESTIGATE THE CRASH OF MISS AMELIA EARHART AT LUKE FIELD, 20 MARCH 1937

The Electra was extensively damaged. There were no injuries, but the Electra was sent back to Lockheed at Burbank, California, aboard the passenger liner, SS Lurline, for repair.