The B-26 was a twin-engine medium bomber designed with high speed as a primary objective. Production of the new airplane was considered so urgent that there were no prototypes. All aircraft were production models.

When the B-26 entered service, it quickly gained a reputation as a dangerous airplane and was called the “widowmaker,” and also had several less polite nicknames. The airplane had relatively short wings with a small area for its size. This required that landing approaches be flown at much higher speeds than was normal practice. With one engine out, airspeed was even more critical. Some changes were made, such as a slight increase of the wingspan and the size of the vertical fin and rudder. At the same time, an emphasis was made on airspeed control during training. During World War II, the Marauder had the lowest rate of combat losses of any American bomber.

201 B-26s were built before production switched to the B-26A. Glenn L. Martin Co. produced 5,288 Marauders between 1941 and 1945, with manufacturing taking place at Middle River, Maryland, and Omaha, Nebraska. The Marauder served in the Pacific, Mediterranean and European combat areas, with both the United States and several Allied nations. When it was removed from service at the end of World War II, the “B-26” designation was reassigned to the Douglas A-26 Invader, a twin-engine light bomber.

William Kenneth Ebel was born at Orangeville, Illinois, 2 January 1899. He was the first of two sons of Willam Henry Ebel, a farmer, and Nora Agnes Rubendall Ebel.

Ken Ebel attended Heidelberg College at Tiffin, Ohio. While at Heidelberg, on 1 October 1918, he enlisted as a private in the Student Army Training Corps (S.A.T.C.). With World War I coming to an end in November, Private Ebel was discharged 20 December 1918. Ebel graduated from Heidelberg in 1921 with a bachelor of arts degree.

Ebel returned to military service, enlisting as a private in the 104th Squadron (Observation), Maryland National Guard, based at Baltimore, Maryland.

Ebel continued his college education at the Case School of Applied Science in Cleveland, Ohio. In 1923, he earned a bachelor of science degree in mechanical engineering (B.S.M.E.)

On 11 September 1923, Private Ebel was appointed an aviation cadet, graduating from primary flying school on 3 June 1924. He received a commission as a 2nd lieutenant, Officers Reserve Corps (O.R.C.), United States Army, on 12 June 1925.

Continuing to serve as a reserve officer, in 1926 Ebel went to work as an engineer for the Glenn L. Martin Company, then located in Cleveland, Ohio. As a test pilot and engineer, Ebel flew the Martin M-130 four-engine flying boar

2nd Lieutenant Ebel,still with the 104th Squadron, Maryland National Guard, was promoted to the rank of 1st lieutenant on 21 December 1928. The U.S. Army advanced his rank to 1st lieutenant, Air Corps, 15 February 1929.

While testing a Martin BM-2 dive bomber, on 11 August 1932, W.K. Ebel “leaped to safety in a parachute Friday when a bombing plane he was testing failed to come out of a spin and crashed at Dahlgren, Virginia. The plane was going through its final tests before being delivered to the navy. It was wrecked in the crash.” Ebel became Member No. 495 of The Caterpillar Club.

Ebel was promoted to captain, Air Corps, on 5 January 1935. On 21 August, he delivered the new Martin Model 146 “mystery bomber” to Wright Field for evaluation by the Bombardment Board.

In 1942, Ken Ebel earned a doctorate (Ph.D.) in engineering from the Case School of Applied Science.

In 1948, Ken Ebel became director of the Airplane Division of the Curtiss-Wright Corporation in Columbus, Ohio. Soon after, Curtiss-Wright sold its airplane division to North American Aviation. In 1950, the U.S. Navy’s primary submarine builder, the Electric Boat Company, appointed Ebel as Vice Pressident of Engineering for its Canadair Ltd., aircraft manufacturing subsidiary in Montreal, Quebec, Canada. (In 1952, after acquiring Convair, the corporation reorganized as General Dynamics.

Ebel returned to the United States in 1961 and served as a consultant for General Dynamics in Washington, D.C. Ebel retired in 1963, purchasing teh Mount Pleasant Orchards near Baltimore. 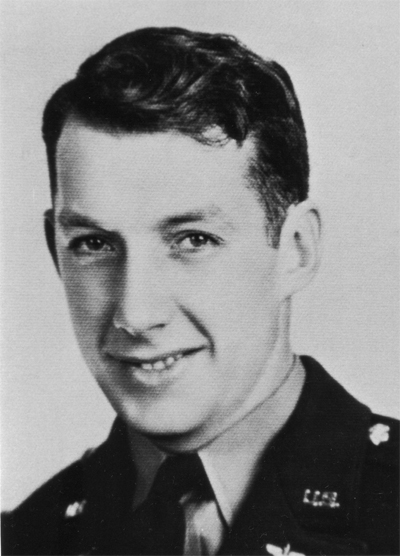 The Marine fighters were outnumbered and technologically inferior. 4 of the F4Fs and all 12 F2As were shot down. The Japanese lost 4 torpedo bombers and 3 Zero fighters. Facilities on the island were heavily damaged by the dive bomber attack, but it was not put out of action.