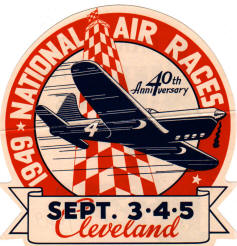 Lieutenant Allen became an Ace in one day when he shot down five Heinkel He 111 twin-engine bombers as they took off at two-minute intervals.

The flight of Mustangs shot down a total of 16 enemy aircraft.

20 August 1944: Mustang Mk.I AG346, while flying with No. 168 Squadron, Second Tactical Air Force, Royal Air Force, from a forward airfield at Sainte-Honorine-des-Pertes, Normandy, France, was shot down near Gacé by antiaircraft fire.

After flight testing by North American’s test pilots and Royal Air Force fighter pilots Chris Clarkson and Michael “Red Knight” Crossley, AG346 was crated and then shipped to England, arriving at Liverpool, 24 October 1941. It was taken to the Lockheed facility at Speke Aerodrome (now, Liverpool John Lennon Airport, LPL) where it was reassembled and put through additional performance and flight tests.

AG346 was then assigned to an operational RAF fighter squadron. It served with Nos. 225, 63 and 26 Squadrons before being assigned to No. 41 Operations Training Unit. AG346 was returned to operations with No. 16 Squadron, and finally, No. 168 Squadron.

The Mustang Mk.I was a new fighter built by North American Aviation, Inc., for the Royal Air Force. The RAF had contracted with NAA to design and build a fighter with a liquid-cooled Allison V-1710 12-cylinder engine. The first order from the British Purchasing Commission was for 320 airplanes, and a second order for another 300 soon followed.

The British would recommend that the Allison be replaced by the Rolls Royce Merlin V-12. This became the Mustang Mk.III and the U.S.A.A.F. P-51B. Eventually, over 15,000 Mustangs were built, and it was a highly successful combat aircraft. Today, after 70 years, the Mustang is one of the most recognizable of all airplanes.

No. 168 Squadron was a reconnaissance unit. Its motto was Rerum cognoscere causas (“To know the cause of things”)