#000000;">I was leading Yellow section of 411 Squadron in the Rheine/Osnabruck area when Control reported Huns at Rheine and the squadron turned in that direction. An Me 262 was sighted and just at that time I spotted 12 e/a on our starboard side at 2 o’clock. These turned out to be a mixture of approximately 4 Me 109’s and 8 FW 190’s.

#000000; font-family: courier new, courier;">1) I attacked an Me 109 which was the last a/c in the formation of about twelve all flying line astern. At approximately 200 yds and 30° to starboard at 10,000 feet I opened fire and saw strikes all over the fuselage and wing roots. The 109 burst into flames on the starboard side of the fuselage only, and trailed intense black smoke. I then broke off my attack.

#000000; font-family: courier new, courier;">2) After the first attack I went around in a defensive circle at about 8500 feet until I spotted an FW 190 which I immediately attacked from 250 yards down to 100 yards and from 30° to line astern. I saw strikes over cockpit and to the rear of the fuselage. It burst into flames from the engine back, and as I passed very close over top of it I saw the pilot slumped over in his cockpit, which was also in flames.

#000000; font-family: courier new, courier;">3) My third attack followed immediately on the 2nd. I followed what I believed was an Me 109 in a slight dive. He then climbed sharply and his coupe top flew off at about 3 to 4,000 feet. I then gave a very short burst from about 300 yards and line astern and his aircraft whipped downwards in a dive. The pilot attempted or did bale out. I saw a black object on the edge of the cockpit but his ‘chute ripped to shreds. I then took cine shots of his a/c going to the ground and bits of parachute floating around. I saw this aircraft hit and smash into many flaming pieces on the ground. I do not remember any strikes on this aircraft. The Browning button only may have been pressed.

#000000; font-family: courier new, courier;">4) I spotted a FW 190 being pursued at about 5,000′ by a Spitfire which was in turn pursued by an FW 190. I called this Yellow section pilot to break and attacked the 190 up his rear. The fight went downwards in a steep dive. When I was about 250 yards and line astern of this 190 I opened fire. There were many strikes on the length of the fuselage and it immediately burst into flames. I saw this FW 190 go straight into the ground and burn.

#000000; font-family: courier new, courier;">5) Several minutes later while attempting to form my section up again I spotted an FW 190 from 4000 feet. He was at about 2000 feet. I dived down on him and he turned in to me from the right. Then he flipped around in a left hand turn and attempted a head-on attack. I slowed down to wait for the 190 to flypast in range. At about 200 yds and 20° I gave a very short burst, but couldn’t see any strikes. This a/c flicked violently, and continued to do so until he crashed into the ground. The remainder of my section saw this encounter and Yellow 4 (F/O McCracken) saw it crash in flames. 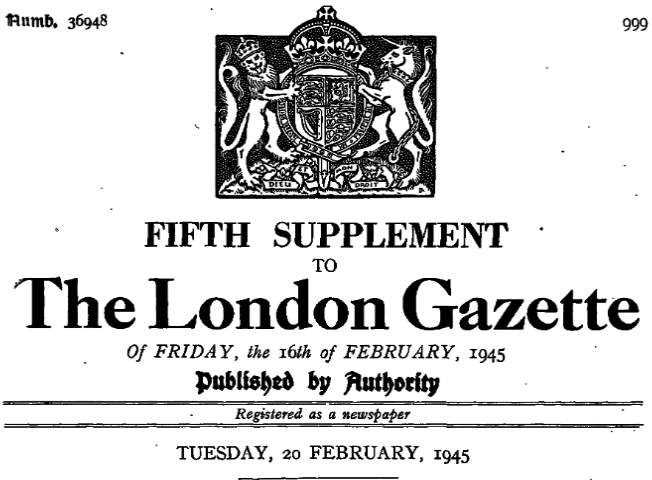