In addition, Miss Cochran, who in private life is Mrs. Floyd Odlum, was awarded a medal stamped in memory of the late King Albert of Belgium—the first American to receive it.

Ms. Cochran was awarded the trophy by Mrs. Roosevelt at an Advertising Club luncheon in New York City. It was the second time she had won the Harmon International Aviatrix Trophy. The 1939 trophy was in honor of Cochran’s winning the Bendix Trophy Race, 1 September 1938.

Ms. Cochran was the third pilot to leave Burbank, but the first to arrive at Cleveland. Her elapsed time for the flight from California to Ohio was 8 hours, 10 minutes, 31.4 seconds, for an average speed of 249.774 miles per hour (401.895 kilometers per hour). For her first place finish, Ms. Cochran won a prize of $12,500. 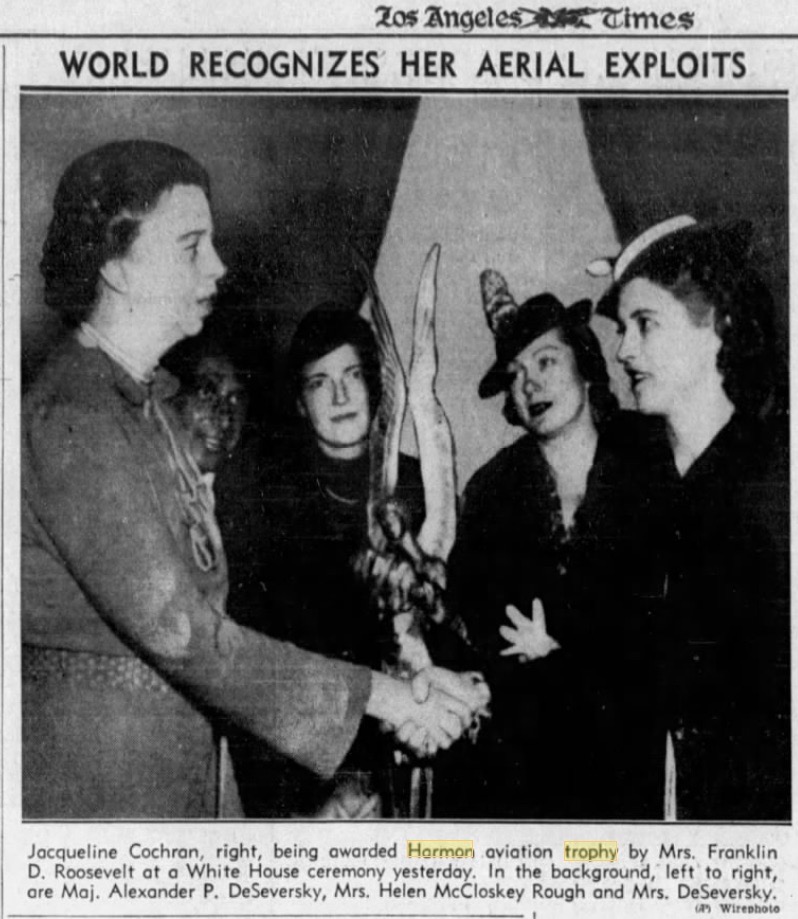 The trophy is awarded by the Ligue Internationale Des Aviateurs.

Miss Cochran broke the national women’s record for 1000 kilometers and on three occasions established new national records for the 100-kilometer distance in 1937. She also set a world’s record for women over a three-kilometer course.

This was the first of five Harmon Trophies which were awarded to Jackie Cochran.

¹ A check with the National Aeronautics Association on 25 February 2016 was unable to verify this record. —TDiA