1 September 1968: Two U.S. Air Force McDonnell F-4D Phantom II fighters were on a pre-dawn strike against the Ho Chi Minh Trail, near the Ban Karai Pass. Both Phantoms, call signs CARTER 01 and CARTER 02, were hit by anti-aircraft gunfire and their crews had to eject. Both pilots from CARTER 01 were quickly picked up, but the aircraft commander of CARTER 02 was hidden by the jungle. The Weapons System Officer was never seen again.

A Combat Search and Rescue (CSAR) mission was immediately sent out to locate and rescue the missing airmen.  Two Sikorsky HH-3 Jolly Green Giant helicopters, the recovery team, were escorted by four Douglas A-1 Skyraiders to help in the search and to suppress any enemy gunfire that was trying to shoot down the rescue helicopters.

The Skyraider was a Korean War era carrier-based attack airplane originally in service with the U.S. Navy. It had been replaced by modern jet aircraft, but the Air Force found that its slow flight and ability to carry a heavy fuel and weapons load were ideal for the CSAR escort mission.

The four Skyraiders were from the 602nd Special Operations Squadron at Nakhom Phanom, Thailand. They operated with the call sign SANDY. Lieutenant Colonel William A. Jones III, the squadron commanding officer, on his 98th combat mission, was the on-scene commander flying SANDY 01, an A-1H, serial number 52-139738.

Citation: For conspicuous gallantry and intrepidity in action at the risk of his life above and beyond the call of duty. Col Jones distinguished himself as the pilot of an A-1H Skyraider aircraft near Dong Hoi, North Vietnam. On that day, as the on-scene commander in the attempted rescue of a downed U.S. pilot, Col. Jones aircraft was repeatedly hit by heavy and accurate antiaircraft fire. On 1 of his low passes, Col. Jones felt an explosion beneath his aircraft and his cockpit rapidly filled with smoke. With complete disregard of the possibility that his aircraft might still be burning, he unhesitatingly continued his search for the downed pilot. On this pass, he sighted the survivor and a multiple-barrel gun position firing at him from near the top of a karst formation. He could not attack the gun position on that pass for fear he would endanger the downed pilot. Leaving himself exposed to the gun position, Col. Jones attacked the position with cannon and rocket fire on 2 successive passes. On his second pass, the aircraft was hit with multiple rounds of automatic weapons fire. One round impacted the Yankee Extraction System rocket mounted directly behind the headrest, igniting the rocket. His aircraft was observed to burst into flames in the center fuselage section, with flame engulfing the cockpit area. He pulled the extraction handle, jettisoning the canopy. The influx of fresh air made the fire burn with greater intensity for a few moments, but since the rocket motor had already burned, the extraction system did not pull Col. Jones from the aircraft. Despite searing pains from severe burns sustained on his arms, hand, neck, shoulders, and face, Col. Jones pulled his aircraft into a climb and attempted to transmit the location of the downed pilot and the enemy gun position to the other aircraft in the area. His calls were blocked by other aircraft transmissions repeatedly directing him to bail out and within seconds his transmitters were disabled and he could receive only on 1 channel. Completely disregarding his injuries, he elected to fly his crippled aircraft back to his base and pass on essential information for the rescue rather than bail out. Col. Jones successfully landed his heavily damaged aircraft and passed the information to a debriefing officer while on the operating table. As a result of his heroic actions and complete disregard for his personal safety, the downed pilot was rescued later in the day. Col. Jones’ profound concern for his fellow man at the risk of his life, above and beyond the call of duty, are in keeping with the highest traditions of the U.S. Air Force and reflect great credit upon himself and the Armed Forces of this country.

William Atkinson Jones III was born 31 May 1922 at Norfolk, Virginia. He was the son of William Atkinson Jones, Jr., an attorney in general practice, and Elizabeth Goodwin Hart Jones, a school teacher. Mr. Jones had served as a pilot in the Signal Corps, United States Army, during World War I. The Jones family had lived in Warsaw, Virginia, since the 1840s.

When his parents divorced in 1929, Bill and his mother relocated to Charlottesville, Virginia. Jones attended Lane High School in Charlottesville, where he was a member of the literary society, and played on the varsity football and basketball teams.

Following his graduation from high school, Jones studied at the University of Virginia, which was also in Charlottesville. He was captain of the university’s fencing team, and a member of the Sigma Phi Epsilon (ΣΦΕ) fraternity. Jones graduated in 1942 at the age of 19 years, with a Bachelor of Arts degree.

Already a university graduate, William Atkinson Jones III was appointed a cadet at the United States Military Academy, West Point, New York. He entered West Point on 1 July 1942, as a member of the Class of 1945. along with academics and military training, Cadet Jones was a member of the Army Fencing Squad.

Bill Jones graduated from West Point with a Bachelor of Science degree. On 5 June 1945, he was commissioned a second lieutenant, Air Corps, United States Army.

In 1952, Jones was assigned as a Fairchild C-119 Flying Boxcar pilot with the 317th Troop Carrier Wing at Rhein-Main Air Base, Federal Republic of Germany (West Germany). He remained in Europe for the next four years.

In 1956 Jones transitioned to bombers, training as an aircraft commander in the Boeing B-47E Stratojet. He was stationed at Lake Charles Air Force Base, Louisiana, and Pease Air Force Base, New Hampshire.

Jones attended the Air War College at Maxwell Air Force Base, Montgomery, Alabama, 1965–1966. He earned a master’s degree in international affairs. His next assignment was as a staff officer at The Pentagon.

In 1968, Major Jones requested a transfer to the Douglas A-1 Skyraider training course at Hurlburt Field, in Florida. On completion, he was assigned as the commanding officer of the 602nd Special Operations Squadron at Nakhon Phanom Royal Thai Navy Base, Thailand.

Lieutenant Colonel Jones was severely burned during the rescue mission of 1 September 1968. He was transported back to the United States for extensive medical treatment at Fort Sam Houston, San Antonio, Texas.

Bill Jones was promoted to the rank of colonel, 1 November 1969. One 14 November, President Richard M. Nixon approved the award of the Medal of Honor to Colonel Jones.

Immediately after takeoff, Colonel Jones radioed that he was returning to the airport. The airplane was seen in a left turn with a nose down attitude. It crashed off the airport and caught fire. Colonel Jones suffered third degree burns over his entire body an died immediately.

The NTSB accident report listed the Probable Cause as a complete engine failure for unknown causes, followed by a loss of control by the pilot, the cause also undetermined. (Some sources suggest that the Pacer struck wires while returning to the runway.)

At the time of his death, Colonel Jones had flown a total of 7,748 hours. 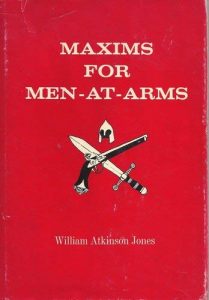 Colonel Jones was the author of Maxims for Men-at-Arms, published by Dorrance and Co., Philadelphia, 1969.

President Nixon presented the Medal of Honor to Colonel Jones widow in a ceremony at the White House, 6 August 1970. At the award ceremony, Miss Mary Jones, Colonel Jones’ youngest daughter, gave a copy of her father’s book to the president.

The William A. Jones III Auditorium of Anderson Hall at the  Air War College, Maxwell Air Force Base, was named in his honor.

In 2011, The William A. Jones III Building at Joint Base Andrews, Maryland, (just south east of Washington, D.C.) was also named in honor of Colonel Jones.

These aircraft were identified by Department of the Navy, Bureau of Aeronautics serial numbers, commonly referred to as “bureau numbers,” or “bu. no.” Once acquired by the Air Force, the two-digit fiscal year number in which the airplane was contracted was added to the bureau number, resulting in a serial number with a format similar to a standard U.S.A.F. serial number. For example, Lieutenant Colonel Jones’ Skyraider, A-1H 52-139738, was originally U.S. Navy AD-6 Skyraider Bu. No. 139738, authorized in 1952. (The Douglas AD series was redesignated A-1 in 1962.)

The A-1H was armed with four 20 mm M3 autocannon with 200 rounds of ammunition per gun. The Skyraider could carry a combination of external fuel tanks, gun pods, bombs or rockets on 15 hardpoints.