The flight departed LAX via Runway 25 at 9:05 a.m., Pacific Standard Time. Ceremonies at the airport, with as many as 25,000 spectators, delayed the flight by twenty minutes, but a 150 knot (278 kilometers per hour) tailwind allowed the flight to make up for the lost time and they arrived at Idlewild Airport on schedule.

This flight was so significant that rival airlines, such as B.O.A.C. and Pan Am took out full-page newspaper advertisements congratulating American Airlines on its inaugural jet flight.

Prior to the first passenger flight, Captain Macatee and Captain Smith had flown the Boeing 707 for 200 hours. In an interview thirty years later, Macatee remarked, “But those four hours three minutes were the big ones for me. They always will be.”

N7503A was damaged at Dyess Air Force Base, Texas, 9 May 1965.² It had flown through a violent thunderstorm shortly after leaving Dallas and suffered hail damage. The crew made a precautionary landing, however the windshield had been crazed so badly by the impact of hail that it was opaque. The 707 made a hard landing and its gear collapsed. There were no injuries among the 89 passengers and 7 crewmembers. It was repaired and returned to service.

ABILENE (AP) — An American Airlines 707 Astrojet made an emergency landing at Dyess Air Force Base Sunday after its nose radar was knocked out by a hail and thunderstorm.

The 87 passengers and seven crew members were not injured, although the big jet broke its front wheel in landing.

The pilot, Capt. E. V. Cook, said hail had damaged the windshield and impaired his vision. Air Force emergency crews stood by but were not needed.

The plane was American Airlines Flight 33 from Dallas to Los Angeles.. Cook said he hit turbulent weather about ten minutes out of Dallas. Skies were partly cloudy at Abilene when the plane landed.

Passengers were taken to the Dyess Officers’ club to await another plane. 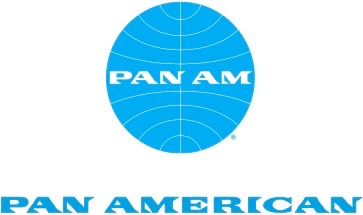 These two airliners had been delivered to BOAC on 30 September 1958. They were both configured to carry 48 passengers.

Captain Stoney had served in the Royal Air Force Volunteer Reserve during World War II. In 1942, as a Pilot Officer assigned to No. 58 Squadron, Bomber Command, he was awarded the Distinguished Flying Cross and promoted to Flying Officer. Ten years later, Captain Stoney was in command of BOAC’s Canadair DC-4M-4 Argonaut, Atalanta, G-ALHK, when it brought Queen Elizabeth II home from Kenya to accede to the throne.¹ Captain R.E. Millichap was also a member of the flight crew. Later that year, Stoney flew the new Queen back to Africa aboard a DH.106 Comet 1. T.B. Stoney was appointed Officer of the Most Excellent Order of the British Empire in 1960.

15 February 1961, 09:05 UTC: This Boeing 707-329 airliner, registration OO-SJB, under the command of Captain Ludovic Marie Antoine Lambrechts and Captain Jean Roy, was enroute from Idlewild Airport, New York (IDL) to Brussels-Zaventem Airport (BRU) as SABENA Flight SN548, when three miles (4.8 kilometers) short of the runway at an altitude of 900 feet (274 meters), it pulled up, retracted its landing gear and accelerated.

The airliner made three 360° circles, with the angle of bank steadily increasing to 90°. The 707’s wings then leveled, followed by an abrupt pitch up. OO-SJB spiraled into a nose-down dive and crashed into an open field 1.9 miles (3 kilometers) northeast of Brussels and all 61 passengers and 11 crew members and 1 person on the ground were killed, including the entire U.S. Figure Skating Association team, their families, coaches, judges and officials.

The cause of the crash was never determined but is suspected to be a mechanical failure in the flight control system:

Having carried out all possible reasonable investigations, the Commission concluded that the cause of the accident had to be looked for in the material failure of the flying controls.

However, while it was possible to advance certain hypotheses regarding the possible causes, they could not be considered entirely satisfactory. Only the material failure of two systems could lead to a complete explanation, but left the way open to an arbitrary choice because there was not sufficient evidence to corroborate it.

The Federal Aviation Administration’s comments were included in the accident report:

“Of the several hypotheses evolving from findings in the accident report, we believe the most plausible to be that concerned with a malfunction of the stabilizer adjusting mechanism permitting the stabilizer to run to the 10.5-degree nose-up position. If such a malfunction occurred and the split flaps and spoilers procedure (inboard spoilers and outboard flaps extended) not employed, the only means to prevent the aircraft from pitching up into a stall would be to apply full forward column and enter a turn in either direction.”

“It is apparent from the recorded impact positions that the split flaps and spoilers technique was not used. The wing flaps were found in the up position and had the inboard spoilers been extended both would have been up at impact and the speed brake handle would not have been in the neutral position as found.”

Societé Anonyme Belge d’Exploitation de la Navigation Aérienne (SABENA) was the national airline of Belgium. It was based at Brussels and operated from 1923 to 2001.

SABENA Flight SN548 was a Boeing 707-329 Intercontinental, OO-SJB, Boeing serial number 17624. It made its first test flight 13 December 1959 at Renton, Washington, and was delivered to SABENA in January 1960. At the time of the accident, it had just 3,038 total flight hours (TTAF). The airplane had undergone a Type II overhaul just 37 hours before the crash. ¹

The Boeing 707 was a jet airliner which had been developed from the Model 367–80 prototype, the “Dash Eighty.” It was a four-engine jet transport with swept wings and tail surfaces. The leading edge of the wings were swept at a 35° angle. The airliner had a flight crew of four: pilot, co-pilot, navigator and flight engineer.

The 707-329 Intercontinental is 152 feet, 11 inches (46.611 meters) long with a wing span of 145 feet, 9 inches (44.425 meters). The top of the vertical fin stands 42 feet, 5 inches (12.928 meters) high. The wing is considerably different than on the original 707-120 series, with increased length, different flaps and spoilers, and the engines are mounted further outboard. The vertical fin is taller, the horizontal tail plane has increased span, and there is a ventral fin for improved longitudinal stability. The 707 pre-dated the ”wide-body” airliners, having a fuselage width of 12 feet, 4 inches (3.759 meters).

According to the accident investigation report, following this overhaul, which took place from 11 January to 9 February 1961,

1) The pilot noted that during the first test flight on 9 February 1962 the trim button had to be pushed harder than normal. A second test flight was made to confirm the fault, after which the pilot noted “abnormal response of the stabilizer particularly after trimming nose down; slight nose up impulses give no result.”

2) The second incident was observed during the same flight. The pilot noted: “At the beginning of the flight there was a strong tendency of the aircraft to roll to the right. In level flight, the two left wing spoilers are 1 inch out.

“After descent, speed brakes out, at the moment of their retraction there was a marked roll to the right – it did not recur afterwards.

“At the end of the flight, the tendency to roll to the right was considerably diminished.”

In response to the stabilzer trim concern, maintenance replaced the stabilizer trim motor. It functioned normally during ground tests. As to the roll issue, an inspection following the flight did not reveal anything abnormal.