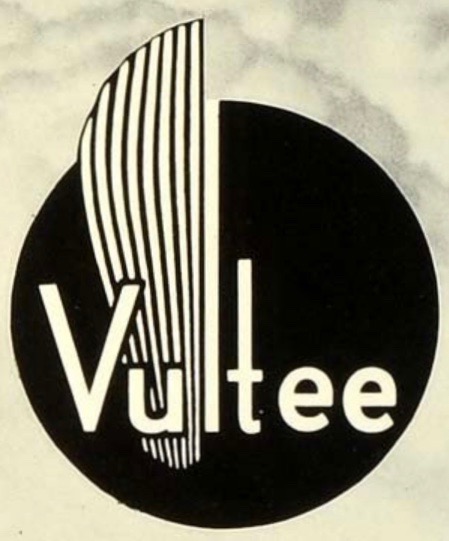 “. . . according to reports Lieut. Doolittle’s cornering was superb, and must have been to a great extent responsible for the excellent performance. Reports from America—coming, it is thought, from a reliable source—indicate that one particular engine out of the 12 built for the Pulitzer and Schneider Trophy races proved exceptionally good, as will often happen in a batch of engines, and it is believed that this engine was fitted in Doolittle’s Curtiss-Army Racer. This fact, taken in conjunction with the masterly handling of the machine, would seem to account for the wholly unexpected average speed maintained, which was, of course, far and away ahead of the speeds of the British and Italian competitors.”

The R3C-2 was a single-engine, single-seat, single-bay biplane, equipped with pontoons for taking off and landing on water. It was built especially for air racing. Two R3Cs were built for the United States Navy and one for the Army. (The Army aircraft is identified by a Navy Bureau of Aeronautics serial number (“Bu. No.”) A-7054. It does not seem to have been assigned an Air Service serial number.) The airplane and its V-1400 engine were both built by the Curtiss Aeroplane and Motor Company, which had been founded by Glenn Hammond Curtiss. The R3C-2 was converted from the R3C-1, the land plane configuration which had been flown by Lieutenant Cyrus Bettis, AS, USA, to win the Pulitzer Trophy Race just two weeks earlier.

Constructed of wood, the fuselage has four ash longerons and seven birch vertical bulkheads. The framework is covered with two layers of 2-inch (51 millimeter) wide, 3/32-inch (2.38 millimeter) thick spruce strips. These were placed on a 45° diagonal from the fuselage horizontal centerline, with the second layer at 90° to the first. These veneer strips were glued and tacked to the frame. The fuselage was then covered with doped fabric. The wings and tail surfaces are also of wood, with spruce ribs and a covering of spruce strips.

The single-bay wings are wire braced and contain surface radiators made of thin brass sheeting. The radiators contained 12 gallons (45.4 liters) of water, circulating at a rate of 75 gallons (283.9 liters) per minute. By using surface radiators to cool the engine, aerodynamic drag was reduced.

He was a highly-educated military officer, having earned his Bachelor of Arts from the University of California Berkeley School of Mines, and M.S and D.Sc. degrees in Aeronautical Engineering from the Massachusetts Institute of Technology.

During World War II, Colonel Doolittle planned and led the famous Halsey-Doolittle Raid against Japan, 18 April 1942, for which he was awarded the Medal of Honor.

24 September 1929: Lieutenant James H. Doolittle, U.S. Army Air Corps, made the first completely blind airplane takeoff, flight, and landing, solely by reference to instruments on board his aircraft. Flying from the rear cockpit of a civil-registered two-place Consolidated NY-2 Husky training airplane, NX7918, Doolittle had his visual reference to earth and sky completely cut off by a hood enclosure over his cockpit. A safety pilot, Lieutenant Benjamin Scovill Kelsey, rode in the forward cockpit, but the entire flight was conducted by Doolittle. He took off from Mitchel Field, climbed out, flew a 15 mile set course and returned to Mitchel Field and landed.

The experimental gyroscopic compass, artificial horizon and a precision altimeter were developed by Elmer Sperry, Jr., and Paul Kollsman, both of Long Island, New York. Funding for the Full Flight Laboratory at Mitchel Field was provided by the Daniel Guggenheim Fund for the Promotion of Aeronautics.

“THE outstanding development in aviation recently, and one of the most significant so far in aviation history was the ‘blind’ flight of Lieut. James H. Doolittle, daredevil of the Army Air Corps, at Mitchel Field, L. I., which led Harry P. Guggenheim, President of the Daniel Guggenheim Fund for the Promotion of Aeronautics, Inc. to announce that the problem of fog-flying, one of aviation’s greatest bugbears, had been solved at last.

“There has been ‘blind flying’ done in the past but never before in the history of aviation has any pilot taken off, circled, crossed, re-crossed the field, then landed only a short distance away from his starting point while flying under conditions resembling the densest fog, as Lieut. ‘Jimmy’ Doolittle has done, in his Wright-motored ‘Husky’ training-plane. It was something uncanny to contemplate.

“The ‘dense fog’ was produced artificially by the simple device of making the cabin of the plane entirely light-proof. Once seated inside, the flyer, with his co-pilot, Lieut. Benjamin Kelsey, also of Mitchel Field, were completely shut off from any view of the world outside. All they had to depend on were three new flying instruments, developed during the past year in experiments conducted over the full-flight laboratory established by the Fund at Mitchel Field.

“The chief factors contributing to the solution of the problem of blind flying consist of a new application of the visual radio beacon, the development of an improved instrument for indicating the longitudinal and lateral position of an airplane, a new directional gyroscope, and a sensitive barometric altimeter, so delicate as to measure the altitude of an airplane within a few feet of the ground.

“Thus, instead of relying on the natural horizon for stability, Lieut. Doolittle uses an ‘artificial horizon’ on the small instrument which indicates longitudinal and lateral position in relation to the ground at all time. He was able to locate the landing field by means of the direction-finding long-distance radio beacon. In addition, another smaller radio beacon had been installed, casting a beam fifteen to twenty miles in either direction, which governs the immediate approach to the field.

“To locate the landing field the pilot watches two vibrating reeds, tuned to the radio beacon, on a virtual radio receiver on his instrument board. If he turns to the right or left of his course the right or left reed, respectively, begins doing a sort of St. Vitus dance. If the reeds are in equilibrium the pilot knows it is clear sailing straight to his field.

“The sensitive altimeter showed Lieut. Doolittle his altitude and made it possible for him to calculate his landing to a distance of within a few feet from the ground. . . .”

Lieutenant Doolittle was awarded the Distinguished Flying Cross for “demonstrating the possibility of moving Air Corps units to any portion of the United States in less than 24 hours.”

The Liberty L12 aircraft engine was designed by Jesse G. Vincent of the Packard Motor Car Company and Elbert J. Hall of the Hall-Scott Motor Company. This engine was produced by Ford Motor Company, as well as the Buick and Cadillac Divisions of General Motors, The Lincoln Motor Company (which was formed by Henry Leland, the former manager of Cadillac, specifically to manufacture these aircraft engines), Marmon Motor Car Company and Packard. Hall-Scott was too small to produce engines in the numbers required.

Jimmy Doolittle was one of America’s foremost pioneering aviators. He set many records, won air races, tested and developed new flying equipment and techniques. He was a highly-educated military officer, having earned his Bachelor of Arts from the University of California Berkeley School of Mines, and M.S and D.Sc. degrees in Aeronautical Engineering from the Massachusetts Institute of Technology.

During World War II Colonel Doolittle planned and led the famous Halsey-Doolittle Raid against Japan, 18 April 1942, for which he was awarded the Medal of Honor. As a brigadier general he commanded Twelfth Air Force in North Africa. Promoted to major general, he was given command of the Fifteenth Air Force in the Mediterranean Theater. From 1943 until 1945, Lieutenant General Doolittle commanded Eighth Air Force. He was preparing his command to move against Japan, equipped with Boeing B-29 Superfortress bombers when World War II came to an end.

General James Harold Doolittle is the only person to be awarded both the Medal of Honor and the Medal of Freedom. He died 27 September 1993 at the age of 96 years. He was buried at the Arlington National Cemetery, Arlington, Virginia.